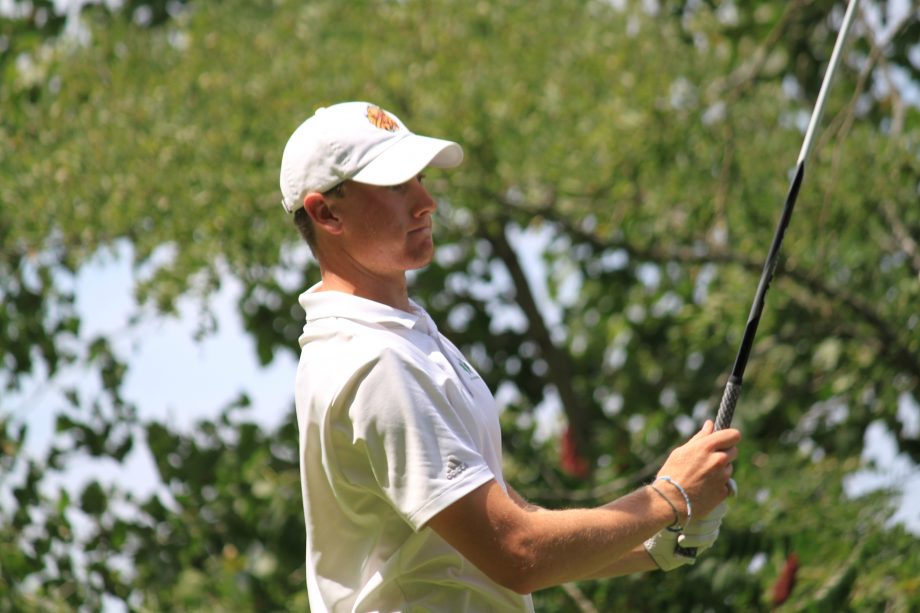 Otterville, ON – Round 3 brought us a beautiful and calm morning as players looked to make some noise on moving day at the 98th Ontario Men’s Amateur Championship from Otter Creek Golf Club. The weather warmed up, as did the competition, in a day that produced the lowest scores yet. Multiple players went low in hopes of taking over the lead from Robbie Latter but your second round leader had plans of his own.

Remaining the Championship leader is Robbie Latter (Credit Valley G&CC) who fired a stellar 3-under (69) round including 5 birdies and an eagle to now sit 5-under overall after three days. Hot on his heels however is Cougar Collins (TPC at Osprey Valley) who fired the competitions best round of 6-under (66) so far through three days. Collins now sits 2-under on the tournament and in second place after setting the pace with an eagle on the third hole. Also firing a tremendous round was Thomas Giroux (The North Club of Halton) who finds himself in third place at even par. Giroux went as low as 7-under on his round before finishing up at a tidy 4-under (66).

After today’s play, Latter (a former member of Team Ontario), said “ ya I got off to a rough start, but quickly got it back on the front nine so I kept rolling and playing aggressive”. He felt his putting got him back on track after rolling in some birdies on 4, 6, 7, and 9. He stated his game plan for the final round is “just stay aggressive, keep hitting it,…that’ll be the important thing”.

Final round tee times begin at 7:30 a.m. and if today was an indication of the scoring we could see tomorrow, the final round looks like it could to be very exciting. For future results and information on the championship, visit the official page here.