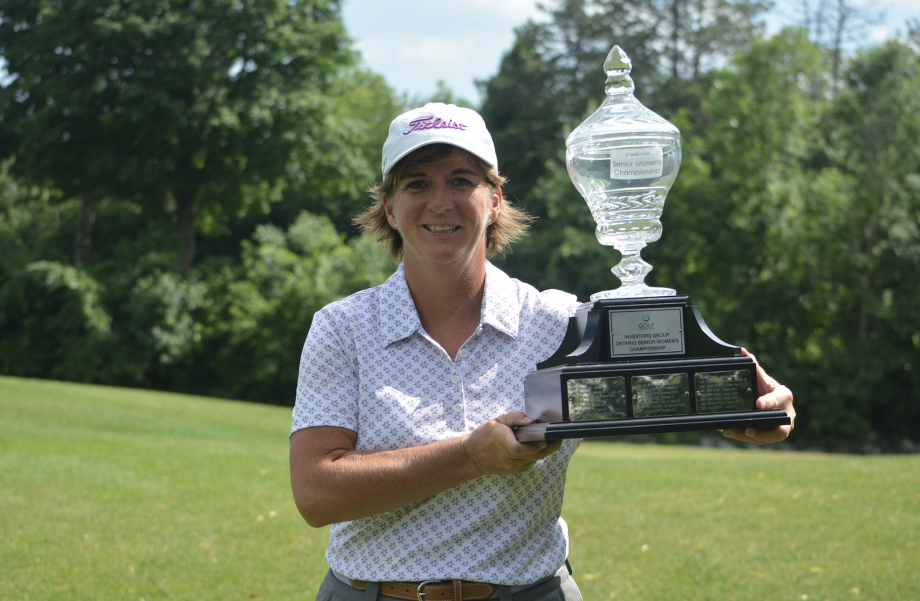 Thornhill’s Judith Kyrinis (Granite Golf Club and Thornhill Club) had a fantastic week at Markland Wood Golf Club going 70-70-68 to win the Investors Group Ontario Senior Women’s Amateur Championship once again. She went (35) on the front nine and (32) on the back nine to achieve 68 in the final round of the competition.  On the first day, Kyrinis was 1 under on the course (70), starting out the front 9 one under par (35) with one birdie and finishing the back 9 with two bogeys and two birdies (35). On the second day, she started off the back 9 shooting 2 over par (37) with 3 bogeys and a birdie and rounded out the round 3 under par on the front nine (33) with 3 birdies for a total of (70).

Hariett Corlett of the Mississaugua Golf and Country Club was the winner of the A Flight Net category after the second round, she went into a playoff on Wednesday to earn first place.

Charlotte Wang of Markland Wood Golf Club went into a playoff with Gloria Sinclair from The Club at North Halton the end of the third round to become the first ever Champion of the A Flight Gross Category.  This is the first year that the A Flight Net and Gross categories have been contested.