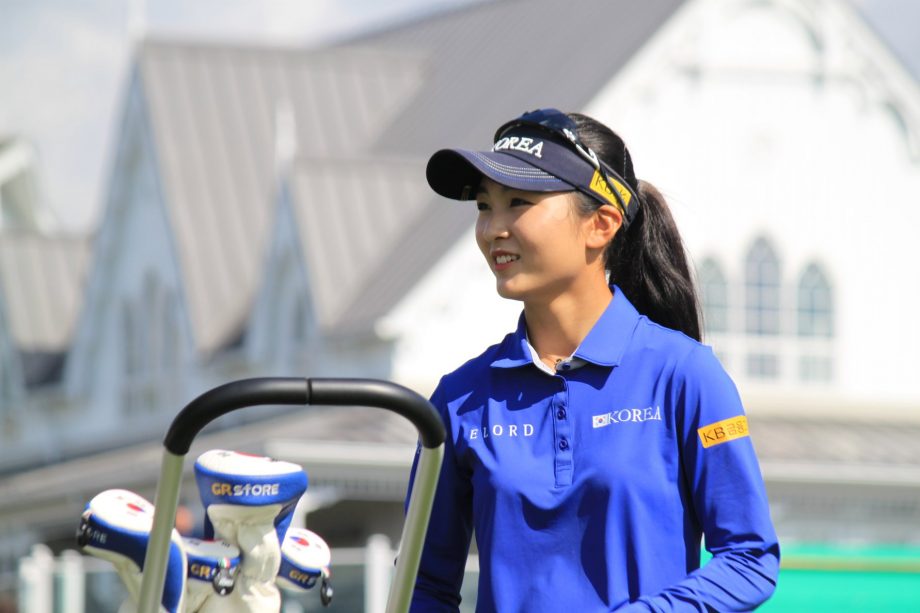 Atthaya Thitikul of Thailand maintains the lead in the individual competition

MARKHAM, Ont. – Many golfers despise being interrupted by the elements when playing a round. But don’t say that to Team Korea. After a thunderstorm stopped play for just under three hours on Thursday during the third round, the Koreans rallied after play resumed to erase the four-stroke lead that Thailand held before the stoppage and take a one-shot advantage in the team competition.

Korea now sits in first with an aggregate score of 422 (-10), just one shot separating them from Thailand at No. 2. Italy also made the most of moving day, as the 2018 team champions in Ottawa posted a score of minus -1 to climb to third position (-2). England and Denmark also moved up a notch, to fourth and fifth respectively.

In the individual competition, the top of the leader board is occupied by seven competitors that remain under par this week and it is still led by Atthaya Thitikul of Thailand.

Ye Won Lee of Korea (-7), who fired a four-under 68 for the lowest round of the day, climbs to within two shots of Thitikul, who holds on to the lead with a tournament-best score of -9. Scotland’s Hannah Darling, whose hole-in-one yesterday helped her close in on the leaders, sits third at -6. Alessia Nobilio of Italy drops back to 4th place at -5, after shooting even par today.

After the round, Ye Won Lee explained: “I felt really good with my swing but I think that I could have done even better than I did today, because my putter was a little shaky.”

2018 champion Thitikul declared that: “I had a little bit of trouble with my putter when we got back (after the weather delay). The wind also the last two rounds was so strong.” Final round Friday promise to deliver an exciting finish on the South Course at Angus Glen.

As the organizing federation, Canada is afforded two teams to participate in the Championship.
Canada 1, which consists of Brooke Rivers (Brampton, Ont.), Euna Han (Coquitlam, B.C.) and Emily Zhu (Richmond Hill, Ont.) gained one position today with a team score of plus +5 and is in a tie for 10th with Germany. Canada 2, composed of Lauren Kim and Angela Arora of Surrey, B.C., with Ellie Szeryk (London, Ont.), remains in 17th. Angela Arora joins Brooke Rivers as the low Canadians, in a tie for 18th position at plus +7.

Play resumes at 8 AM on Friday for the final round. The closing ceremony will start shortly after the conclusion of play around 3:00 P.M. (EDT).

Full results and tournament information can be found here.