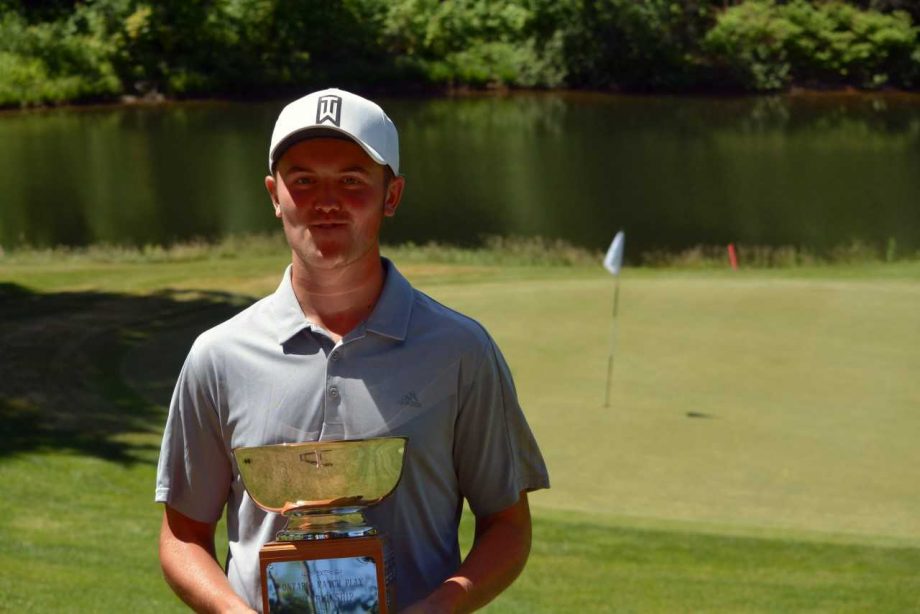 The 32nd Men’s Match Play Championship took place at the Lake Joseph Club in Port Carling Ontario. Matches were held from Tuesday, June 12 – Friday, June 15th, 2018. This is the 13thtime that The Lake Joseph Club has hosted the event, and have proved themselves time and time again to be a magnificent course, and gracious hosts of the Golf Ontario tournament.

A match play championship is one of the toughest tests for any golfer and for Cameron Kellett of St. Thomas Golf & Country Club he enjoyed the challenge and used it to motivate him to win the championship “I played well all week, didn’t miss a whole lot of shots, didn’t give a whole lot away, didn’t make a lot of mistakes, and when I did, I was able to bounce back and win the next hole. I never got too far ahead of myself, just tried to focus on winning each hole” – Cameron Kellett, 2018 Men’s Match Play Champion.

The Final Round of the 2018 Men’s Match Play tournament was a pairing of Cameron Kellett (St. Thomas Golf & Country Club) and Eric Shea (Brantford Golf & Country Club). The pair were extremely fairly matched, as many of their drives and shots landed within mere feet of each other.

Cameron Kellett excelled at his short-game for the final round of the men’s match play championship, winning 5-4 against his opponent.  Kellett values the importance of routine and dedication to his golf game, “I take a quick warmup, hit a few putts, then once I get out there it’s just a matter of picking the right spots. I hit great shots off the tee at this championship this year” –Cameron Kellett, 2018 Ontario men’s match play champion.

Eric Shea (Brantford Golf and Country Club) brought his A-game to The Lake Joseph Club, he won his semi-final match against Dave Bunker (Brampton Golf Club)  3&2, Shea continued on to the finals but lost on the 13thhole to Cameron Kellett.

Golf Ontario would like to thank all of the golfers who participated in this event, their families, and the spectators who came to view this event, as well as The Lake Joseph Club, and its staff for once again being an excellent location to host the Men’s Match Play Tournament. Finally, thank you to the volunteers who made this event possible.

Established in 1986, the Ontario Men’s Match Play Championship is contested annually and features 64 of Ontario’s best amateur golfers that have qualified through one of four qualifying tournaments held earlier this season, or who have gained an exemption into the event.  Notable former champions include: David Hearn, David Byrne and Dave Bunker.

For full tournament information, including round by round results, see the tournament page at: https://gao.bluegolf.com/bluegolf/gao18/event/gao1854/contest/25/leaderboard.htm