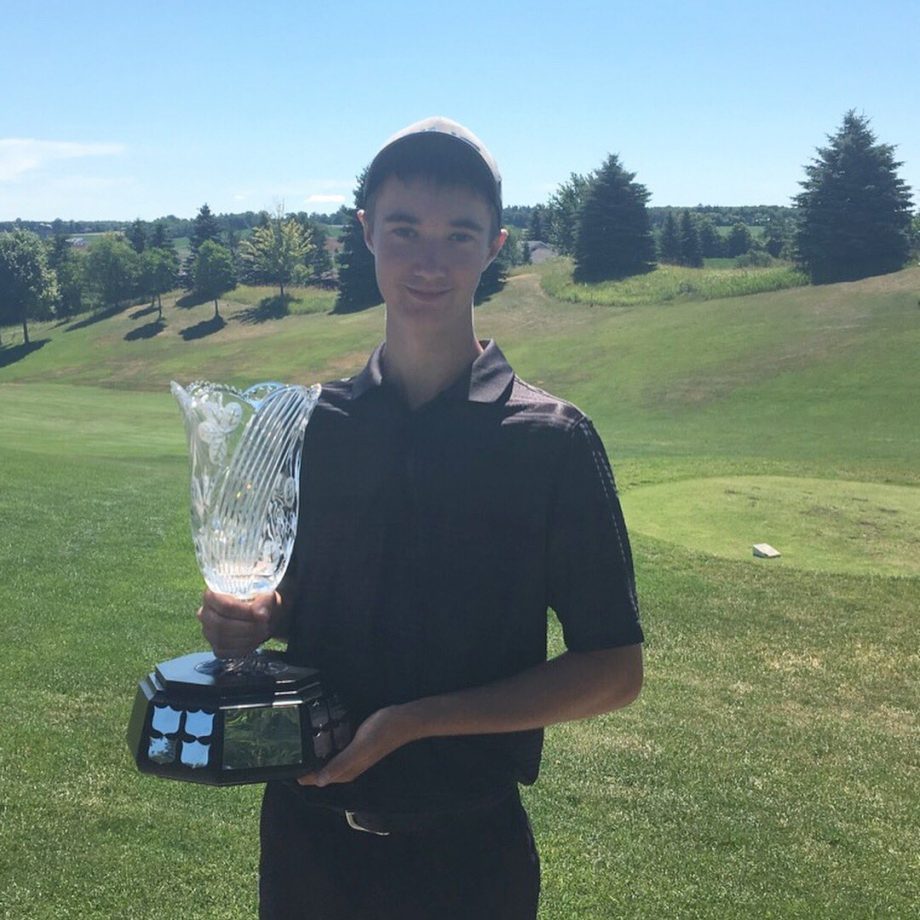 Cody Clark of Oliver’s Nest Golf Club in Oakwood Ontario, won the Final round of the Ontario Jr. (U19) Boys’ Match Play Championship today 3 up on the 16thhole.  Matthew Anderson needed a birdie on the 16thfor the match to continue but had an unlucky putt, which left Cody Clark 3 up.

Going into the Match, Clark said “I just treated it like it was a normal match, I didn’t act like it was for the cup, I just acted like it was another match, like earlier in the week” – Clark.  When he hit his 8 iron 156 yards for a hole-in-one on the 4thhole, he was in disbelief. “I hit the shot, and I knew it was pretty good, and I saw it land by the hole, and then everyone started cheering! It was a great feeling!” – Clark

His only other Hole-in-one was in 2016, on his birthday, and although he didn’t repeat the tradition of a birthday hole-in-one, it doesn’t make the moment any less special for him, as it helped him claim his victory.

In a match play competition, where the scores are based on who wins or loses a hole, a hole-in-one is a great advantage, and Clark’s hole-in-one helped propel his win today.  “I think it would have been a lot more stressful (without the hole-in-one) he might have felt closer to catching up to me, but it was something I definitely needed (to win the match)” – Clark

When the Semi-Finals wrapped up, Joshua Hayes and Jack Alward were awarded third place, and were given their Bronze medals in a ceremony by Tournament Director, Rob Watson.

Golf Ontario would like to thank Tangle Creek Golf and Country Club for hosting this championship this week. A large thank you also goes out to the course staff, volunteers, and rules officials for their efforts this week.

For full tournament information, including round-by-round results, see the tournament site at: https://gao.bluegolf.com/bluegolf/gao18/event/gao1883/index.htm