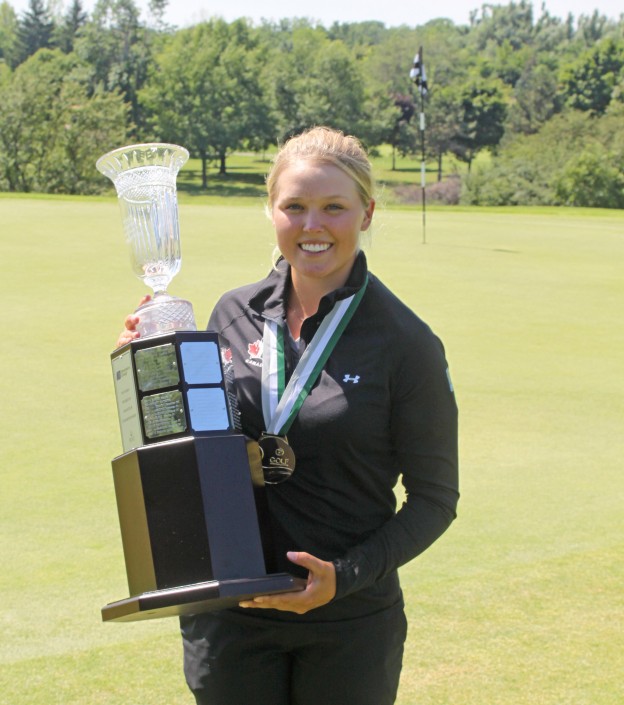 Oh that may be a familiar phrase thanks to Paul Henderson’s big goal in the 1972 Summit Series but Brooke Henderson of Smith Falls, Ontario has become the first CP Canadian Women’s Open Champion since 1973 to refresh that famous saying albeit a different sport.

Henderson, now a star on the LPGA can trace her roots back to Golf Ontario, in our programs and our tournaments. In tournament play she was our Junior Amateur Champion twice and also our Women’s Amateur Champion and now can add Women’s CP Open Champion to her long list of accomplishments.

Henderson shot a final-round 7-under-par 65 today for a 21-under 267 total at the Wascana Country Club.

American Angel Yin was four shots behind in second place.

It’s the first time a Canadian has won the national Open since Jocelyne Bourassa was victorious in Montreal in 1973.

Henderson hit four birdies in a row at one point on the back nine to pull away.

It’s the seventh career LPGA Tour win for the 20-year-old from Smiths Falls, Ont., and second victory this season.