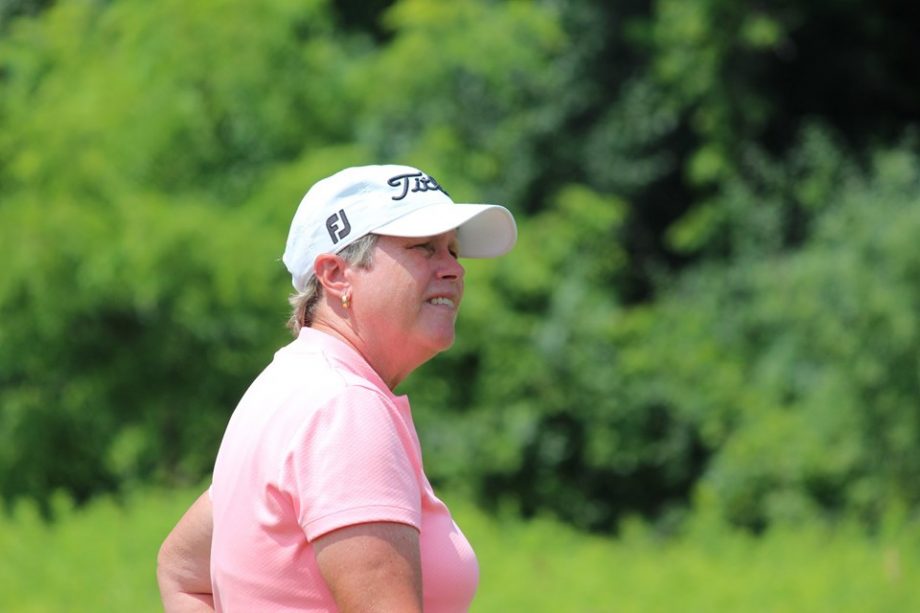 Waterloo, ON — The third and final day of the 2019 Ontario Senior Women’s Amateur Championship got underway at Grey Silo GC today. The players were welcomed by warm and sunny conditions yet again for their final round as they set out in hopes of becoming a champion. The day would bring some strong shot-making throughout, but after three days, only one would stand above the rest.

With yet another impressive showing, it was Mary Ann Hayward (St. Thomas G&CC) who came out on top to be crowned the 2019 champion. The now five-time champ delivered some stellar play throughout the entire week, and due to an incredible second round, she gave herself the option to play a slow and steady final round to hold her existing lead.

And that is exactly what she did. Despite a close battle with Judith Kyrinis (Granite GC) and one or two bogeys she’d like back, the veteran was able to hold on by the end to claim another title. Hayward’s round started off strong with a birdie on both the first and third hole, but quickly turned on her after a bogey on four. The ball was suddenly in Kyrinis’ court as she then picked up a birdie right after. This brought the once six stroke lead to only four, and things began to tighten up.

The rest of the round continued to be tight as Hayward struggled to find any luck, tallying another bogey on 6, and later back to back bogeys on 12 & 13. Kyrinis was right on Haywards heals and brought it to within two strokes. Kyrinis then almost birdied 15, but wasn’t able to capitalize. Hayward realizing her stroke of luck to still be ahead by two strokes, picked her game up. The now five time champ took her game to another level and immediately birdied 16, the shot that would eventually be seen as the dagger. To finish things off, Hayward ended her round with one more birdie on 18, and immediately received a round of applause and cheers from the audience. She finished the tournament with a total score of -3 (209).

“It was a great feeling winning today,” said Hayward. “I’ve let a lot of tournaments slip away over the past three years that I almost thought I forgot how to win. So this feels really good.”

When asked about the tight race between her and Kyrinis, Hayward voiced her appreciation towards Kyrinis.

“I got a little worried after I hit back to back bogeys on 12 & 13. Kyrinis is such a good player that I knew she could take advantage of that, but luckily I was able to pull ahead with a few birdies of my own,” she said. “Kyrinis is always a tough match and it’s always a great challenge playing with her.”

Despite placing second, Kyrinis had an impressive showing this week with a total score of +1 (213). The three time champion was inches from picking up her fourth at some moments, but at the end of the day it wasn’t enough to keep up with Hayward. The two have always seen each other at the top of the leaderboard, and it always ends up being a close battle.

Following closely behind the two veterans was Audrey Akins (Public Player). Akins was right behind Hayward and Kyrinis the entire way through and showed real composure making some huge shots down the stretch. With some fantastic putting and beautiful drives throughout the week, Akins finished the tournament with a total score of +7 (219) for the third place position.

The top three players are representing Ontario as the interprovincial team at the Canadian Senior Women’s Amateur Championship in August.

In the A Flight Division of the tournament, it was Karen Vamplew (Twenty Valley G&CC) who was victorious. Vamplew finished the week with a total score of +38, catapulting her to the top of the leaderboard. She was followed by Roma Harris (Woodlands Links) in second, and Cindy Dunham (Northridge Public Golf Co) alongside Helen Williams (Station Creek GC) in third.

Golf Ontario would like to thank the competitors, their families, and everyone who attended and supported this championship.  We would also like to thank the Grey Silo GC for their excellent course and hospitality in hosting this event.