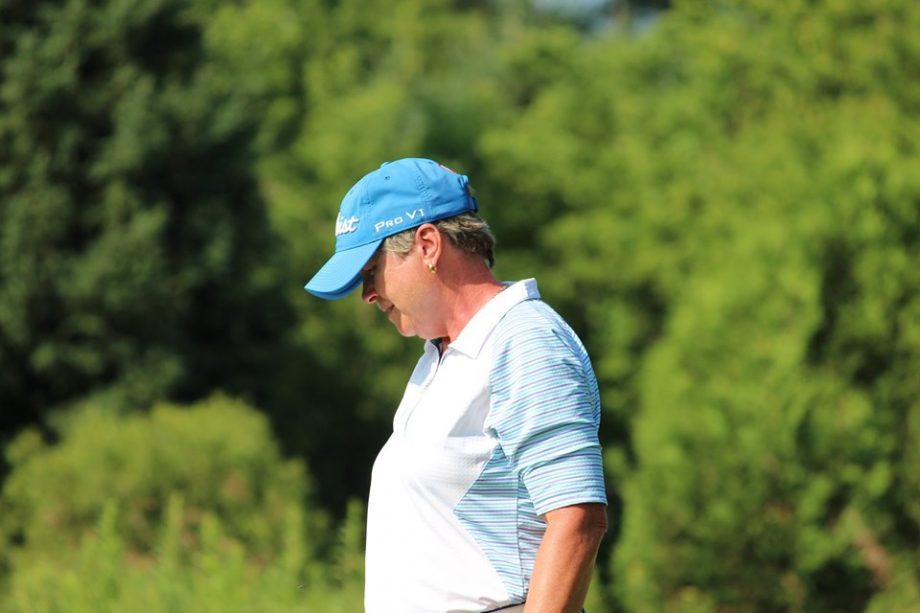 Waterloo, ON — The players took to Grey Silo GC on a beautiful and sunny day for the second round of the 2019 Ontario Senior Women’s Amateur Championship. Much like the first, day two proved to be very competitive with impressive play from the entire field.

Heading into the second round, the two of the event’s past champions Judith Kyrinis (Granite GC) and Mary Ann Hayward (St. Thomas G&CC) sat tied with scores of even-par for the top spot. Leading up to today, the question on everyone’s mind was who would be the player to create some space heading into the final round? That question was answered quickly, seeing as it was Hayward who started out hot with two birdies in the first four holes. The four time champion had an impressive showing, finishing with a total score of -3 after today’s round. With only two bogeys on the day and five birdies, Hayward had a statement round showing the rest of the field that she mean business.

“I had a really good flow yesterday and I’ve been driving the ball really well,” said Hayward. “I knew a good round was coming so I just played my game and let it come to me.” Although the five-stroke lead heading into day three, Hayward doesn’t plan on letting her foot off the gas now.

“Judith is a great player and she can turn around and shoot a 66 or 67 on any given day. I’ll have to keep my pedal to the metal and keep making pars and birdies if I wan’t to keep the lead,” she explained.

Kyrinis finished the day with a total score of +2 to finish the round in second place, and although she still played a good round, it wasn’t enough to keep up with Hayward. Kyrinis is still only a few strokes behind and is definitely in reaching distance of taking over in the final round. The three time reigning champion will presumably be arriving tomorrow with to goal to make up some ground and hopefully reclaim the lead for her fourth title.

Sitting in third is Audrey Akins (Public Player) with a total score of +4. Akins has been right behind the two champions the entire tournament and has yet to show any sign of falling behind. The public player has had quite the showing this week, and will likely continue to do so on the final day tomorrow. Sitting only a few strokes back behind the two ahead, it’s going to be a tight race for the top spot.

The tournament resumes tomorrow morning at 7:30 am, where the players will look to make some noise one one last time on the third and final day.