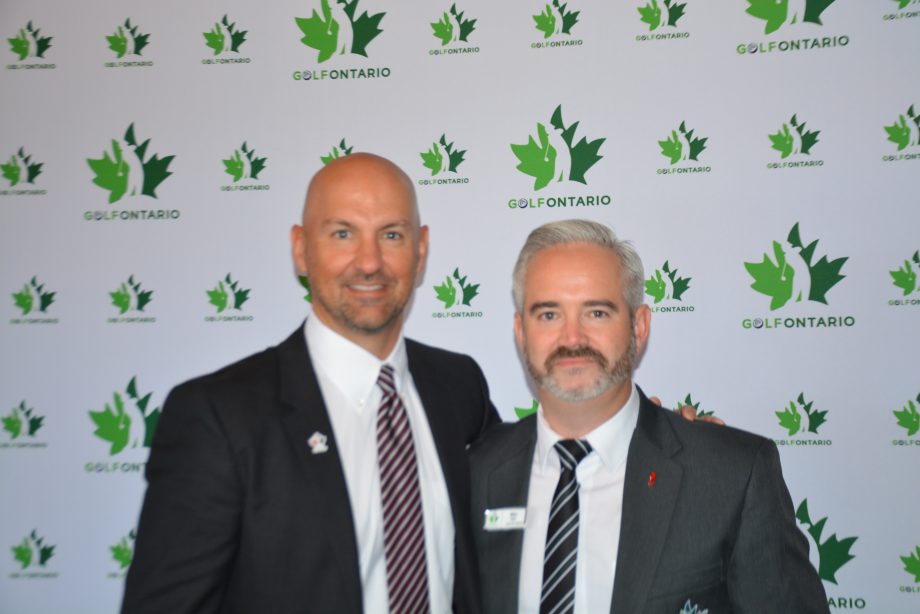 On Friday, the morning began with Spring Officials day, followed by an awards ceremony to congratulate exceptional Ontario golfers. Award winners included Judith Kyrinis the US Senior Women’s Amateur Champion, as well as Bruce Mitchell, R&A Captain. Jason Winter from Deer Ridge GC was recognized with the Oncourse Photo of the Year Award, and many others were recognized for their successes.

Saturday consisted of speeches by Golf Ontario Executive Director Mike Kelly, followed by a speech by Golf Canada CEO Laurence Applebaum. This led to a diversity and inclusion panel discussion.  These events were led up to the Golf Ontario Annual General Meeting of the members and finally the day wrapped up with an information session and round table discussions about golf in Ontario.

Saturday morning started off with a speech by Golf Ontario Executive Director, Mike Kelly who discussed golf in Ontario, and the impacts Golf Ontario scholarships and programs have had to help the success of golfers from Ontario.  Laurence Applebaum then discussed the mission and values of Golf Canada. He also spoke about the economic and social benefits of the sport of golf.

“Golf is the single largest sport for charitable donations in this country by far”
– Laurence Applebaum, Golf Canada CEO.

He also discussed the ways in which we can make golf a more diverse and inclusive sport, which was a great Segway into the diversity and inclusion panel. The panel featured Tom Martineu, a member of the Canadian military for 20 years, and a golfer for Team Canada at the 2017 Invictus Games in Toronto and Laura Upenieks, a member of the University of Toronto Varsity Blue’s Golf Team, as well as Jason Scorcia and Adam Scorcia, Jason is an advocate for the Special Olympics Community, and Adam is an NCCP certified Special Olympics Coach.  Other members of the panel included Ashley Chinner, a former PGA tour player, and past champion of Golf Ontario events, and Roan Vollmer, the Director of Golf at Oakdale Golf Club, which runs a Caddy Program. He was also joined by a Caddy from the program.  The Day continued with the Annual General Meeting which was led by Golf Ontario President John Gallinger and was followed by an information session and round table discussions to wrap up the event.

To view a photo album from the AGM click here.