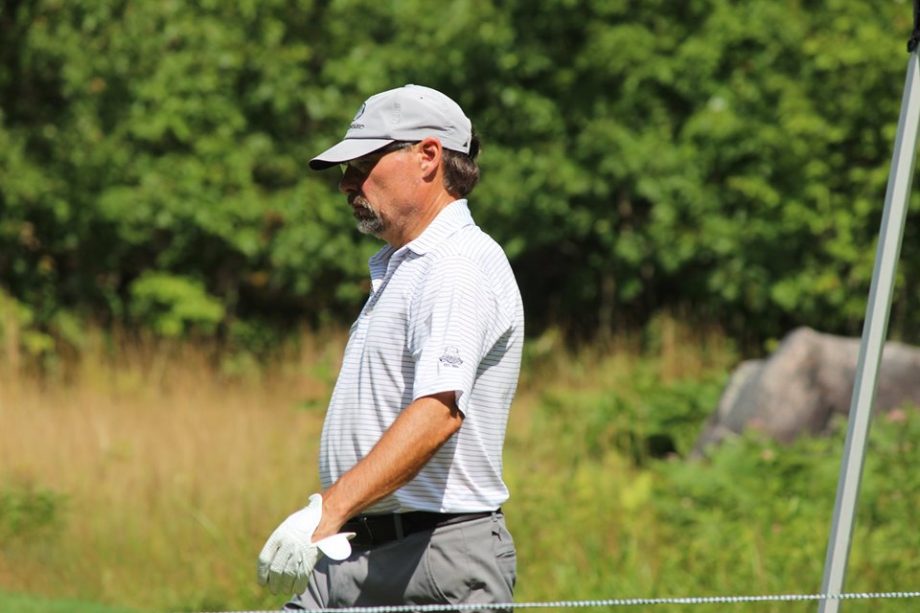 Gravenhurst, ON — Warm air and sunny skies engulfed Taboo Muskoka as the players took to the course for their second round. Much like the first day, round two proved to be quite the competitive outing as many players couldn’t break free from the pack. Being the last round before the field cut, it was evident the players were aware that some proper play was needed to keep them above the cut. With some impressive outings all around, players battled it out through 18 in hopes of returning for one last round tomorrow. Despite the competitive field, it was Robert Gibson (Cedar Brae GC) who pulled ahead going into the final day.

Sitting in a tie for third entering the day, Gibson had an impressive showing in the second round with a score of -1, for a total score of even-par. Being the only player in today’s round to shoot below par, Gibson showed resilience when it mattered most. After every bogey the Cedar Brae member carded, he made sure to come right back with another birdie. Gibson credited a lot of his success to is steady play and his ability to make some challenging shots to keep ahead.

“It’s a tricky course out there and you really need to be able to save yourself because you’re surely going to find yourself in tough positions,” said Gibson. “I made some tough putts today so I was really happy with that.” Gibson now finds himself in familiar territory as he embarks on his journey to win his first championship.

“I’ve been playing in this tournament for a few years now so I definitely feel comfortable heading into tomorrow’s round. I’ve been in contention before and it’s a good feeling knowing I can take it all home.:

With such a steady rhythm heading into the third and final round, Gibson is looking at a great chance for success. The question is if he can hold off the two heavy hitters trailing behind him.

Trailing in second by only a single stroke are Ashley Chinner (Coppinwood) and David Greenaway (Barrie CC) with scores of +1. Greenaway entered the day with a smile on his face and left with an even bigger one. The Barrie resident laughed the entire way down the course and seemed to enjoy the day more than anyone else on the field. Finishing in a tie for second will undoubtedly see more smiles from him again tomorrow as he sets off in hope of winning his first championship.

Chinner entered the second round in the lead with a score of -2, but found himself in a setback after a triple bogey on the sixth hole. Despite strong play for the rest of the day, Chinner wasn’t able to climb out of the hole he found himself in.

“One hole can be the deciding factor,” said Chinner after the first round. “It only takes one bad hole to lose a lead.” It seems like Chinner foreshadowed his prophecy. But no one’s counting him out, as he still is within striking distance of Gibson. Tomorrow will surely be an exciting day as the three leaders duke it out for the chance to be crowned a champion.

Although he isn’t in the top of the leaderboard, Bill Dagneau (Georgian Bay Club) is the winner of today, carding a hole in one on the eleventh hole. The tough par 3 is challenging enough to score even but Dagneau took it to another level with the only hole in one of the tournament. The 67-year-old will leave the tournament with his head held high.

The third and final round will resume tomorrow at 8:00 am, where the remaining 66 players will look for one last opportunity . For results and information on the tournament, visit the official tournament page HERE