Garrett Rank tops the leaderboard at the Investors Group Ontario Men’s Amateur Championship after first round. 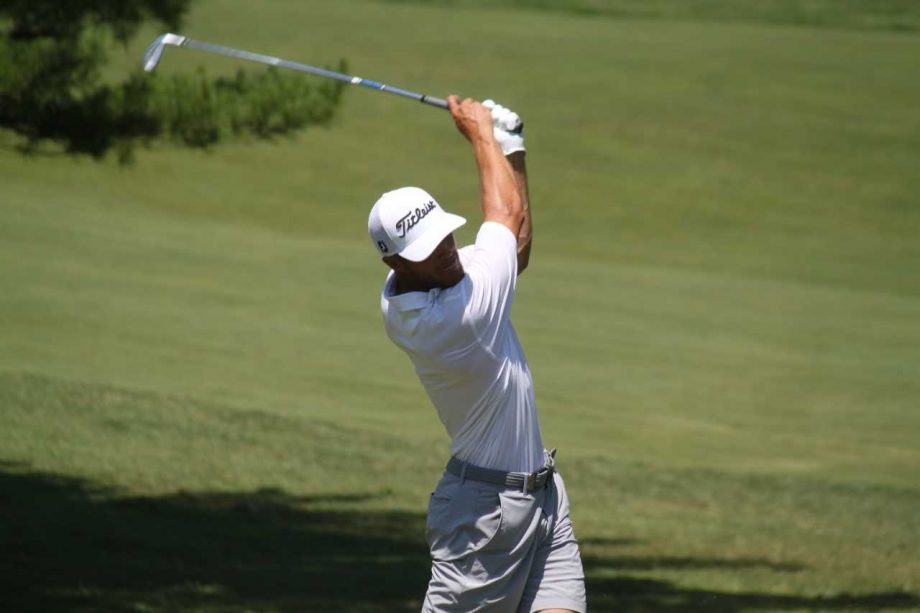 The Investors Group Ontario Men’s Amateur Championship is taking place this week at the gorgeous St. Thomas Golf and Country Club. Round one got underway this morning with split tees at 7:30 under great conditions.

The leader after the first round is Garrett Rank of Elmira Golf Club. Rank shot a 5 under on his back nine and the day. His round of 66 started out with an even par front (35), with two birdies and two bogeys and finished his back 9 with 1 eagle and three birdies (31). “The course is actually playing very tough and I kept the ball below the pins which is pretty necessary here”said Rank. He added “I didn’t feel great coming into today but it was kind of nice having no expectations, no pressure.”

Rank’s best shot of the day was his approach on 8. “I had 217 yards to go and had to draw it around a big tree. It smoked the flag and dropped to 12 feet away.” He would step up and make the eagle putt. Rank added “it was good weather for the morning round which helped on this tough course.”

Rank, an NHL referee, was a member of Golf Canada’s National Men’s Team from 2012-2014, and 2018 U.S. Open qualifier.  He also golfed with Team Canada in the Pan American Games in 2015, as well as winning the Investors Group Men’s Mid-Amateur Championship in 2015. He had a hat-trick at the Canadian Mid-Amateur championship, winning it three times in a row and finished runner-up in the 2012 U.S. Mid-Am. Winning the Canadian Mid-Am got him a ticket to three RBC Canadian Opens, making the cut in 2016.