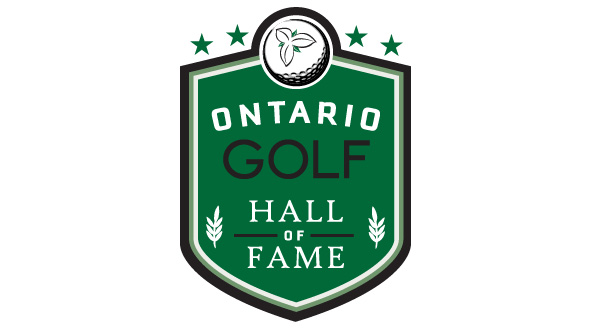 UXBRIDGE— The Golf Association of Ontario is pleased to welcome the four new members who will be inducted into the Ontario Golf Hall of Fame at a ceremony taking place on May 6, 2015 at Wooden Sticks Golf Club in Uxbridge. Bob Breen, Doug Carrick, Edith Creed and Bill Kerr will become the 69th, 70th, 71st and 72nd members of the Hall.  In addition, Garry McKay will be receiving the Lorne Rubenstein Award, which is presented annually to accredited members of the Ontario Media for “major contributions to golf.”

Robert Breen was born in Guelph, Ont. in 1939, before moving to Brampton. Breen quickly excelled at golf capturing the Ontario PGA Hunt Trophy as a junior, a feat he would go on to do again three times as a senior.

He turned pro in 1960 and went on to have tremendous success. He captured 15 victories on the Ontario PGA Tour and another three on the Canadian Tour. Breen also participated in the Canadian Open on 10 occasions, played on the American Tour, where he won the Bahamas International, the Florida tour, where he was a four-time winner, the South American Tour and events on the PGA Tour.

Success followed Breen when he began competing on senior tours. He captured 17 Ontario Senior PGA Tour wins and won the Canadian Super Senior Championship three times (2001, 2005 and 2007). In 2010, he was the Canadian Diamond Division Canadian Champion. Breen also had the opportunity to play in a pair of USGA Senior U.S. Opens.

In addition to his individual success, Breen also represented Ontario, 23 times in the Ontario/Quebec Titleist Cup Matches. He was also a 10-time member of the Bobby Orr Nabisco Team.

Breen’s contributions to the game of golf go beyond his playing career. He began working in the industry in 1961 as an Assistant Professional at Kleinburg GC and Pine Valley GC (now The National). He moved on to become the Head Professional at Malton GC (now Castlemore) a position he would also hold at Glen Abbey GC, Erin Heights GC and Derrydale GC. Breen passed away in August of 2014. At the time, he was serving as ambassador and teaching Professional at Brampton GC and Mississaugua GC.

Don Mills resident, Doug Carrick, enters the Ontario Golf Hall of Fame in the builder category. A renowned course designer, Carrick has designed 25 courses in Canada and another four internationally. In addition, he has been involved in the renovations of 45 courses.

A past president of the Summit GC, Carrick has also served in a variety of roles with the American Society of Golf Course Architects, including president in 2009-10.

Edith Creed was born in Toronto in 1928 and now resides in Schomberg Ontario.  A member of the Oakdale Golf and Country Club, Creed had tremendous success as an amateur golfer.

Her list of accomplishments is long and includes being a 37-time Club Champion at Oakdale. Creed also won the York District Championship in 1982.

She has given back to the game by helping to organize national competitions at Oakdale, along with being a supporter of their junior program.

Born in Lisburn, Ireland in 1911, Bill Kerr immigrated to Ontario soon after his birth.  He had numerous affiliations to Ontario courses between 1928 and 1946, before becoming the head professional at Beaconsfield Golf and Country Club in Quebec.

While a resident of Ontario, Kerr captured the 1945 CPGA Championship, a feat he would go on to replicate in 1960. He also won two Miller Trophy Match Play Championships in 1944 and 1945, another feat he would duplicate while in Quebec in 1947 and 1950.

Throughout his career, Kerr played in six Canadian Opens and the 1961 Masters Championship. He was a five-time winner on the Quebec PGA Tour, the 1956 Bermuda Goodwill Champion, and the 1963 and 1964 CPGA Senior Champion.

In addition to his contributions to the game as a head and touring professional, Kerr also served as a two-time President of the Quebec Golf Association and President of the CPGA from 1955-1958.

Kerr passed away in 1997, but his legacy lives on through his family who have continued his work with contributions to the golf industry in Ontario and Quebec in various capacities.

Sports journalist, Garry McKay, has been covering golf for more than 40 years. The Hamilton, Ontario resident has written for the Hamilton Spectator along with all of the major Canadian golf magazines as well as periodicals in the U.S. and Germany. In 2009, he also moved into radio hosting the Canadian PGA Golf Radio Show.

He’s a member of the Golf Writers Association of America, the International Network of Golf and is currently the past-president of the Golf Journalists Association of Canada. McKay is a voting member of the World Golf Hall of Fame and the Ontario Golf Hall of Fame. He also sits on the Score Golf Top 100 and the Ontario Golf Magazine Best New Course and Top 50 Course panels.