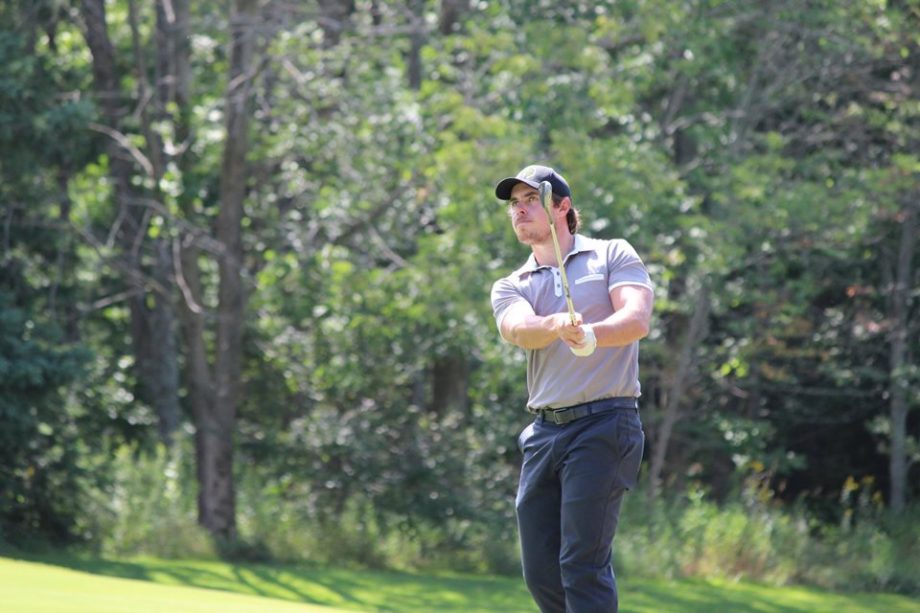 Tottenham, ON — Clear and sunny skies welcomed the players to Woodington Lake GC for the second round of the Ontario Open today. Things were as close as ever after the first round, with only two strokes separating the top eleven players, making today’s round of the utmost importance.

All eyes we’re on Matthew Scobie (Deer Creek GC) after his impressive performance in the first round, but it was Gregory Eason (Kissimmee, FL) who stole the spotlight. Finishing -1 after 18, Scobie was seen as the early favourite heading into today’s round, but the story quickly changed once Eason caught heat early in the round. Eason kicked off his day with a birdie on 2, followed by seven straight pars to close out his front nine at -1. With the leaderboarding crowding up, the 27-year-old knew he would have to ride the momentum to make a push for first.

Continuing his success, Eason would go on to card a birdie on his eleventh hole, and an eagle on the thirteenth. Finishing the day with a round score of -5, a tournament low, Eason quickly found himself at the top of the leaderboard.

“It’s been a while since I’ve had the lead in a tournament, so this is a great feeling,” said Eason. “Tomorrow will be good fun. I’ve got to keep hitting the ball well if I want to stay ahead of the talented field behind me.” Eason finished the day with a total score of -4 after two rounds.

Keeping with the narrative of the close race, trailing in second place is a four way tie between Blair Bursey (Gander, NL), Thomas DeMarco (Essex G&CC), Branson Ferrier (Barrie, ON), and Jake McNulty (Lindsay G&CC) at +2. The four players have all showed some maturity and skills over the past two days, as they continue to battle through the challenging course. And although they all sit a few strokes behind Eason, the tournament is anything but over. This track has proved that only a single hole can change the course for one’s entire round, and surely tomorrow will be no different.

As for the Amateur Division, it was Thomas Giroux (The Club at North Halton), Derek Dalziel (London, ON), and Sudershan Yellamarau (Blue Springs GC) who lead after round two with a total score of +4. The trio all found themselves in a good rhythm today as they continue to impress throughout the championship.

Tee times for round three begin tomorrow begin at 8:00. For future results and information on the tournament, visit the official tournament page HERE