Despite a Tough Start, Latter Perseveres on Day Three of the Ontario Junior (U19) Boys Championship 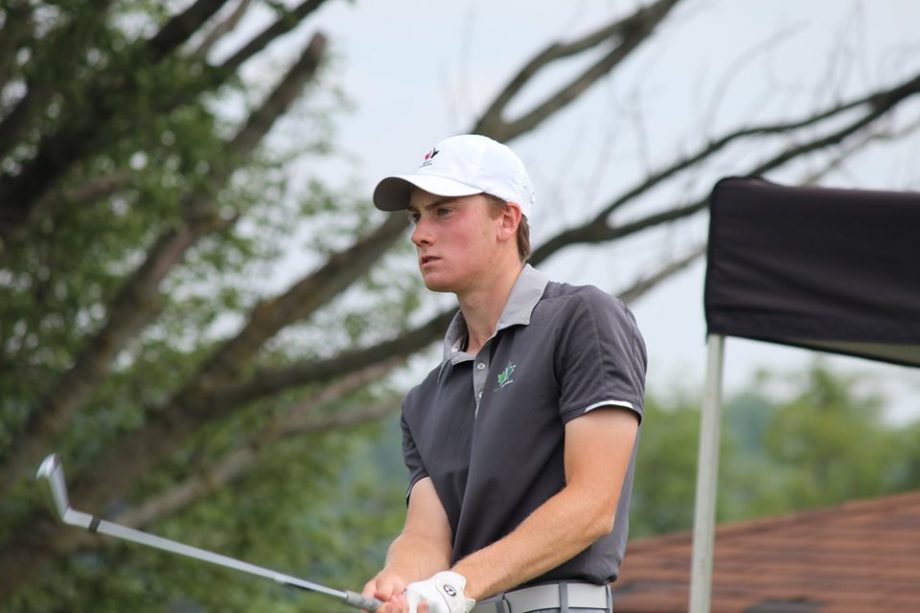 Thornton, ON — What started as a cool and cloudy day that welcomed the 63 remaining players to Tangle Creek in the morning turned into hot and muggy one later on. Round three proved to be just as hot however, with more under-par scores seen through the day than any other day in the tournament. Some great play was seen across the field, but it was Team Ontario’s Robbie Latter (Credit Valley G&CC) again who came out on top.

Latter entered the day in first with a total score of -5, but quickly found himself in thick mud after double bogeying the second hole. It seemed like Latters magic was about to wear off, but he continued to trudge through despite the shockingly poor start. Latter picked himself back up and continued to dominate just like he had the second round just the previous day. The 18-year-old carded three birdies in four holes shortly after, and then knocked down two more birdies and a ton of pars on his back nine to keep his lead from the players trailing.

“I just didn’t let the double bogey bother me,” said Latter. “There was still sixteen holes of golf to play, and I’ve been playing well all week so I knew I had the ability to bounce back from it.” Latter has been consistent the entire week, and doesn’t plan on stopping now.

“I’m going to play tomorrow the same way I have been, consistent, steady, and making putts.” Latter enters the fourth and final day with a three stroke lead ahead of Ashton McCulloch (Cataraqui G&CC).

McCulloch had an impressive showing today as well, finishing with a total score of -3. Starting the day at even-par, he immediately proved his ability to hang with the top players after a bogeyless front nine, and an eagle on 11. McCulloch trailed Henderson in third at the beginning of the day, but McCulloch’s hot play was too much for Henderson to fend off.

Despite Henderson losing the second place position over the day’s round, Henderson had a steady day as well. The Team Ontario member had a strong round despite a few mistakes down the stretch, and was able to lock in the third spot on the leaderboard heading into the final day with a total score of -2. It’s hard to imagine Henderson not making a serious push in the fourth round, putting pressure on Latter for the top spot.

Things are beginning to tighten up at the top of the leaderboard and despite Latters three stroke lead ahead of second place, there is only a five stroke difference between second and fifth place. The fourth round will be a competitive showing, with many players still in striking distance of the leader.