Defending Champs Barkley & Statsiuk Lead After Round 1 of the Ontario Disability Championship, in Partnership With Special Olympics Ontario 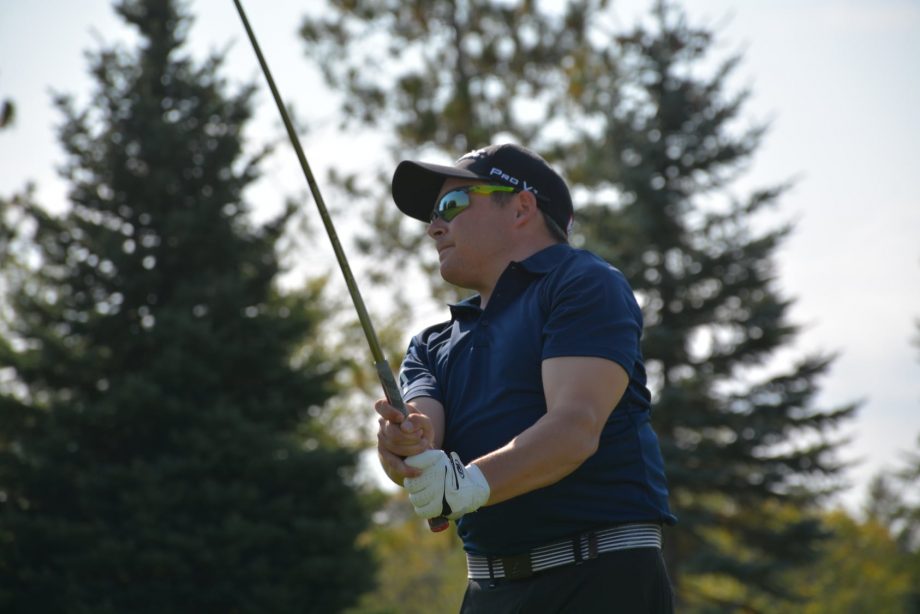 Tottenham, ON – A beautiful day greeted the players for round one of the 2020 Ontario Disability Championship, at the gorgeous Woodington Lakes Golf Club, in partnership with Special Olympics Ontario. As the warm weather continued into the day, winds began to pick up around noon, giving the later groups more of a challenge on the back nine.

Leading the Overall Men Gross following round one, is defending champion Kurtis Barkley (Cedar Glen GC), with an even-par round after shooting an eagle on the first hole and four birdies for the day. Following just two strokes behind in second place (74), is Josh Williams (Craigowan G&CC), who followed suit with Barkley in shooting an impressive eagle on the first hole. Holding third place with a five-stroke lead over fourth is Public Player Gary Bos.

Reflecting on the round, Barkley said “today I just played my own game, and tried to hit fairways and greens. I lost two balls, a tee shot and an iron shot, and I putted okay on the greens. I found that the greens are very tough, in terms of around them for chipping, and the wind was also a challenge when it started to pick up on the back nine”. Very happy to start the day with an eagle, Barkley commented that “on the tee shot I was just trying to avoid the water, so my drive went down the left side, leaving me witha  good yardage and nice little club. I was able to land it about five feet out from the flag, and I watched Josh roll his in from about twenty feet. It’s nice to start that way!” Overall, Barkley found that “each green is very tough, as the angulation of the greens is quite challenging. You had to chip it perfectly to make the ball land nicely beside the hole”.

Currently in first for the Overall Women Gross is another defending champion, Natasha Stasiuk (Heron Point GL), with an 88 after round one. Sitting in second place, just 13 strokes behind Stasiuk, is Public Player Tessa Trojan.

Following the round, Stasiuk said “my strategy was to keep the ball in play and to not get into trouble, even though I was in trouble a lot of the time. My direction was a challenge today, as I often found myself behind the trees. Overall, I would say that my long game was stronger today and I was using mostly my wood and driver”. Reflecting on which holes were the most challenging, Stasiuk commented “holes number two and fifteen were the most challenging for me today, as there was a crosswind when I was trying to get it over the water”. When asked if the wind had an effect on her game today, Stasiuk replied quickly with “oh yes. The last couple of rounds I’ve played haven’t been in the wind, so I wasn’t really prepared for it I guess”. Stasiuk and Trojan will tee off at 10:21 a.m. tomorrow.

The final round of the Ontario Disability Championship will begin at 9:00 a.m. tomorrow. For future results and information on the championship, click here.