Day Two of the Junior Spring Classic (U19) Championship 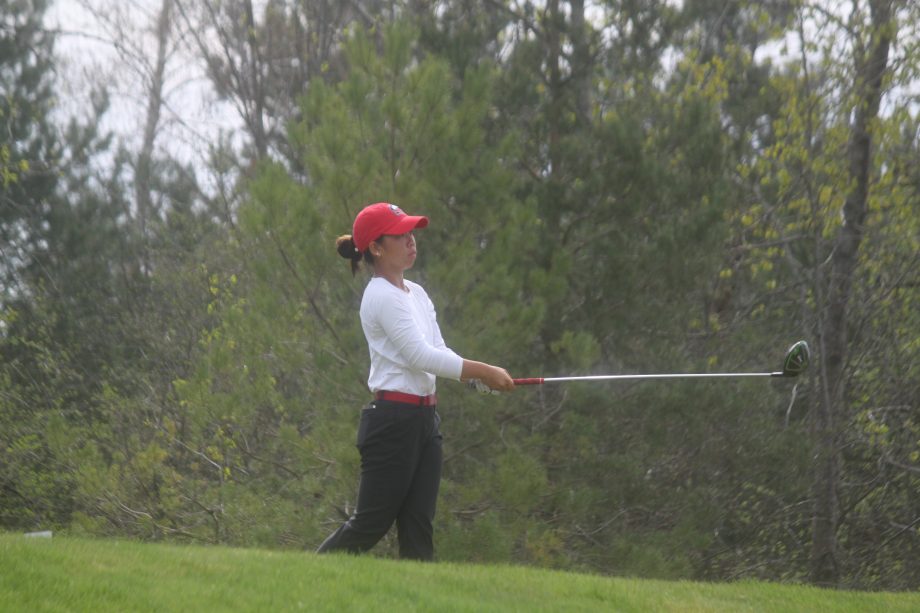 Brockville/Uxbridge, ON – On May 19th, both the Junior Spring Classic (U19) Boys and Girls Championships continued after a successful day one, showcasing some of the best junior talent in the province. The players were looking to continue their momentum heading into day two.

It was a warm day with varying sunlight and clouds at Brockville Country Club for day two. The day got underway at noon, and similar to day one, the players struggled with the elevations found on the course. Although their resilience, many players saw their scores rise from day one.

Through the adversity, it was Brandon White from Golf Quebec coming out on top. Finishing +2 (73) on the day, it was enough to squeak past the other leaders of the tournament. He had three birdie’s throughout the day, and a spectacular putt on the last hole to keep his lead. White now sits at +1 (143) in total, taking the lead while his peers struggled.

“The wind was up, and I think other guys were expecting bad weather so that surely didn’t help peoples game today,” said White, explaining how he took advantage of others struggles. “On the shorter holes that were driveable, the wind made that very difficult.” White hopes to keep the momentum heading into the final day tomorrow.

Follow behind in second is Frédéric Rousseau from Golf Quebec, and Jeffrey Fang from Station Creek Golf Club, who both ended the day with a total score of +3 (145). Rousseau continued his steady shooting from yesterday, and Fang had a fantastic day shooting -1 through 18, but it wasn’t enough to take to the top of the leaderboard.

Day three will commence tomorrow at a 7:30am after the golfers are cut down to 60.

Warm conditions turned to dark clouds and rain by the time the second round of the Junior Spring Classic (U19) Girls Championship was all said and done from Wooden Sticks Golf Club.  The day featured some windy play and varying conditions causing a very crowded leaderboard heading into the final round tomorrow.

Jasmine Ly (Kingsville Golf & Country) shot a 75 (+3) and Victoria Zheng  (Granite GC) fired a Even par (72) to both sit tied for the lead after two rounds. Brooke Rivers  (Brampton GC) finds herself one shot back and Team Ontario teammate to Ly, Vanessa Chychrun (Beacon Hall GC) and Nicole Gal (Oakville Golf Club), recent Drive, Chip and Putt Champion (Girls 14-15) at Augusta, is one shot back of Rivers.

Co-leader Ly was happy with her day. “I thought I played my best golf today. Even after a two stroke penalty on 14, I battled back.” Her strategy for moving forward, “To get a good rest and play my best tomorrow.”

With such fierce competition and such a tight race, round three is shaping up for a classic finish especially with holes like the 17th island shot late in the round which has proven to be quite difficult for some. Swirling winds has the players hoping they’ve picked the right club and shot.

Wooden Sticks has brought together some of the most recognizable golf landscapes from the PGA and sculpted them into the scenery of the local area to produce 18 holes that will challenge the girls for an exciting final round. Round three gets underway with tee times beginning at 12:30pm tomorrow after the golfers are cut down to the top 40.

The three day tournament will challenge the focus, stamina, and skills of all the participating golfers. We wish all attending both Brockville and Uxbridge good luck! For more information and complete results, visit the tournament page at:

Golf Ontario would like to thank the members, volunteers and staffs at both Wooden Sticks and Brockville Country Club for their support over the course of the weekend.