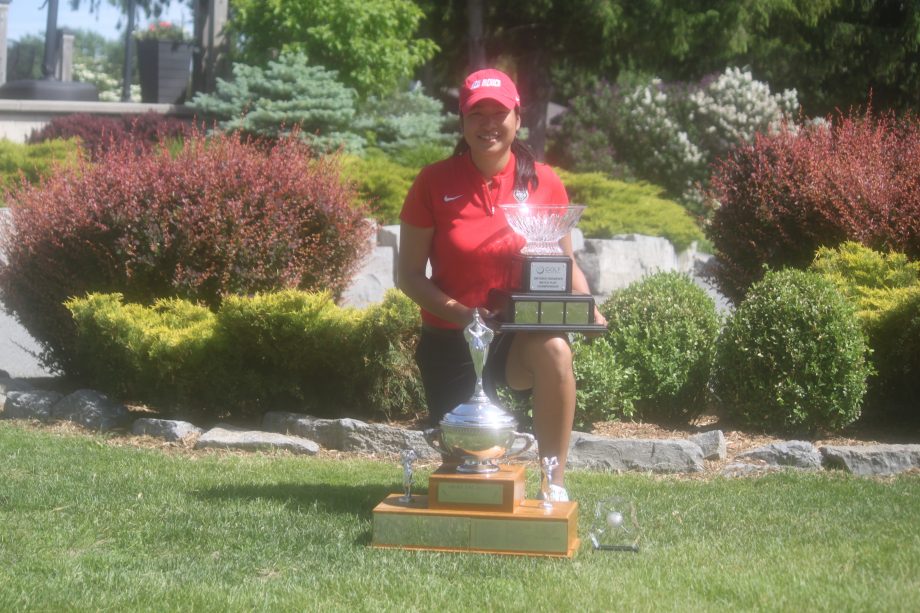 Kingston, ON — A beautiful sunny morning welcomed the final four golfers to Cataraqui G&CC for day two of the annual and historic Golf Ontario Women’s Match Play Championship. The 4 players who already persevered through two tough rounds each on Sunday were paired up on Monday morning to make up the semi-finals.

The first semi-final of the day saw Brooke Rivers (Brampton GC) square off against Haley Yerxa (Public Player) at 8am and saw both women playing fantastic golf. Rivers, however,  made brilliant shot after shot and found herself up most of the match. Yerxa would battle back late to try and hang on but Rivers would take it 3&2 to advance.

The 8:08 second semi-final consisted of Tiana Cruz (Ladies GC of Toronto) and home-course golfer Patricia Hogeboom (Cataraqui Golf & Country). The two of them battled hard back and forth and it was Cruz who would take over on the back nine and take the match 2&1

The exciting finals match pitted Rivers and Cruz against one another, and got going at noon after about a 40 minute break. Both golfers came out hungry and were pounding the ball looking to take the lead. Rivers would take the lead and run with it, not relinquishing it until the 14th hole. Cruz finally tied the round back up and from then on seemed to get stronger and would hold on to the lead and finally take the match 2&1.

“I’ve played 36 holes before and knew I could do it,” said Cruz after her win. “I came from behind in a few of the matches and just had to keep my focus and stay in the moment.”

When asked about how she tried to maintain momentum in the final match, Cruz explained that she just tried to stick to her game plan. “On the par 3 twelve I said I had to make a good roll, well my Dad said it first (laughing) and I have to give him lots of praise over the tournament carrying my bag for 36 holes.”

She was extremely excited to see some past champion names on the trophy, including 2011 Champion Brooke Henderson (who just became the winningest Canadian this past weekend). Cruz said “It’s just awesome and I’ve put in the work to be here.”

Golf Ontario would like to thank Cataraqui G&CC, its members, staff and greens crew for the exceptional course conditions and hospitality.