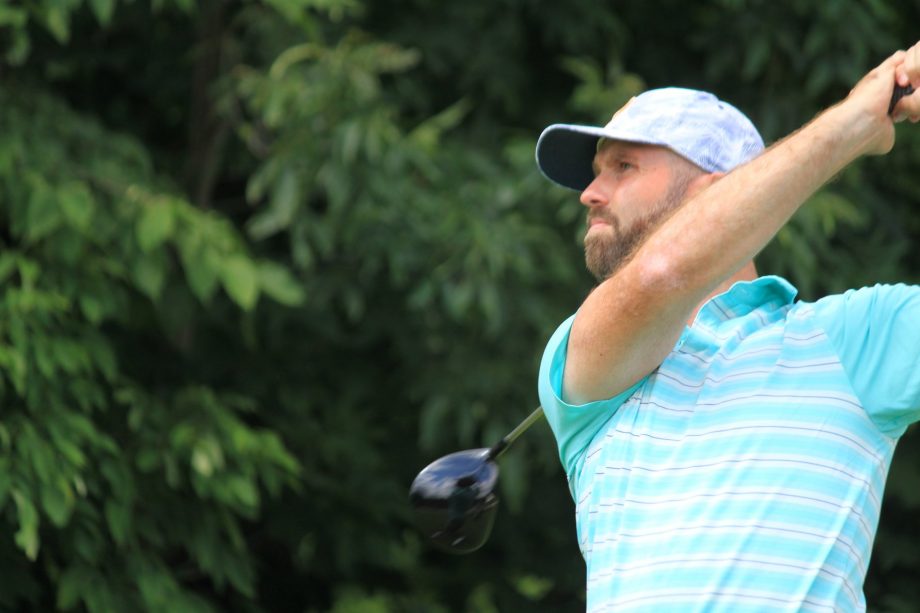 Otterville, ON – Windy conditions welcomed the players to the challenging Otter Creek Golf Club for the first round of the Ontario Men’s Amateur Championship. Thankfully early cool and breezy weather warmed up as did the competition on the opening day. Living up to expectations, the first day proved to be very competitive, with eleven players within three strokes of the lead.

Leading the pack, however, after day one was David Lang (Donalda Club) who fired a solid one under to take a one stroke lead into round 2. Dave Bunker (Cherry Hill Club), Kyle Chung (Brampton GC), Thomas Code (Highland CC), Jonathan Cranton (Donalda Club), Nathan Kraynyk (Eagles Nest GC) and Arnold Johnson (Public Player) all sit tied in second place, one shot back after each scoring a solid even par round.

Round one leader, Lang, commented after “You know what I played pretty good, it’s a tough golf course so I was pretty happy that I grinded hard out there and after a couple bad shots, was still able to make a few good par saves to keep my round going including a long one putt on 16”. When asked what his game plan for round two consisted of, Lang reflected “just keep playing the same way. My game plan was to hit a lot fairways and greens as you can easily hit double and triple bogeys out there”. Going into round two tomorrow, Lang tees off at 8:14 a.m. and is looking to continue his steady play.

Tee times for the second round begin Wednesday at 7:30 a.m. For future results and information on the championship, visit the official championship page here.