Crowded Leaderboard After Day one of the World Junior Girls Championship 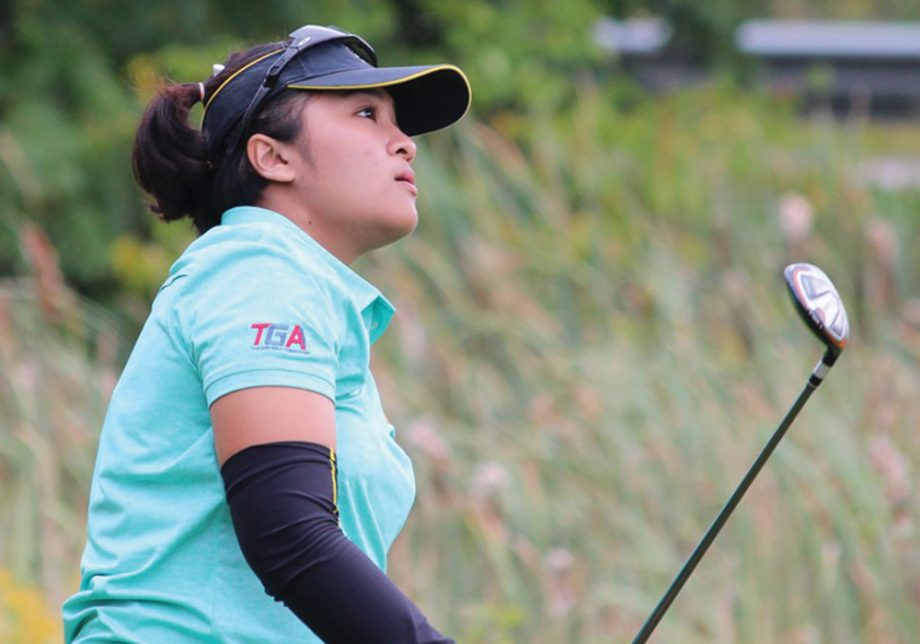 – Brooke Rivers is top Canadian at 2 over par –

MARKHAM, Ont. – The world’s best young female golfers took over Markham’s Angus Glen Golf Club on Tuesday as the 2019 World Junior Girls Championship got underway on one of the GTA’s favourite tracks.

Under the watchful eyes of several NCAA golf coaches that have made the journey north, Round one was clearly a high-scoring affair since only three competitors managed to navigate the challenging South Course under par: Thailand’s Yosita Khawnuna, Yin Xiaowen of China and Ye Won Lee of Korea, who all share the individual lead at one under par after rounds of 71.

Khawnuna was in the lead for a large portion of the day before stumbling near the end of her round with a bogey at 17 and a double bogey at 18which erased the three-shot lead she had built after a terrific birdie on the par-5 hole No. 16.

It was an equally tight contest in the team competition as the top three squads are only separated by two shots, with Korea paving the way on an aggregate score of minus -1 (143), followed closely by Thailand at even par (144) and England in third at plus +1 (145).

Team Thailand, headlined by 2018 World Junior Girls champion Atthaya Thitikul who went one over on the day (73), is looking to build on its success after claiming bronze last year in Ottawa. The third member of the team, Kan Bunnabodee concluded with a 73 as well to sit T8.

In a post-match interview, Thitikul, Bunnabodee and Khawnuna agreed that many challenges await on this golf course. The Thai team looks forward to having another go at it tomorrow: “We need to just let go and tomorrow will be better. Today is over and we just need to go and practise the things that we need to do (better). Just stick to the game plan and we will be better,” said Bunnabodee, speaking on behalf of the squad.

As the organizing federation, Canada can delegate two squads to the Championship.

Canada 1, which comprises Brooke Rivers (Brampton, Ont.), Euna Han (Coquitlam, B.C.) and Emily Zhu (Richmond Hill, Ont.) sit in a tie for 9th with Scotland. Canada 2, which includes Lauren Kim and Angela Arora of Surrey, B.C., with Ellie Szeryk (London, Ont.), trails behind at T13 with Spain and Wales. Rivers was the low Canadian today with a 2-over-par 74, which leaves her only three shots shy of the lead.

Play resumes at 8 AM on Wednesday. Full results and tournament information can be found here.

ABOUT THE GOLF CANADA FOUNDATION
The Golf Canada Foundation is the leading source for golf philanthropy in Canada, awarding more than $6 million in grants and scholarships since 1982. The foundation’s mission is to support and promote programs that increase participation in golf by engaging players of all ages and abilities across Canada. For more information about what the Golf Canada Foundation is doing to support golf in your community, visit us online at www.golfcanada.ca/foundation.