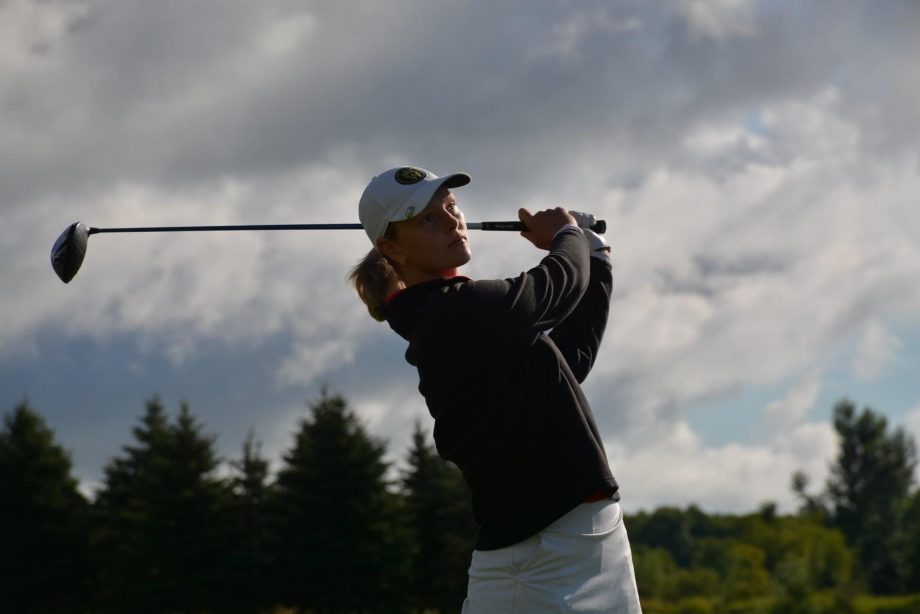 Melancthon, ON – Sunny skies and cool air welcomed the girl’s back to round two of the Ontario Junior (U19) Girls’ Championship at Shelburne Golf and Country Club. Dealing with better conditions today, the players battled for a spot in the top 42 plus ties before the cut headed into round three.

With lots of movement on the leaderboard, Katie Cranston (Oakville GC) and Nicole Gal (Oakville GC) switched positions, with Cranston taking the lead and Gal dropping to second. Cranston shot an impressive round of 68 with five birdies (139), while Gal’s two birdies helped to leave her three under par for the round. With Sarah Gallagher (Blue Springs GC) holding her position in a tie for second with a consistent round, Team Ontario members still hold the top spots on the leaderboard.

When asked if the strategy changed from round one, Cranston commented “I didn’t really change my strategy too much. I was more confident on the par fives and went for most of them, committed to my shot, and didn’t layup”. A big difference from yesterday that most of the players mentioned was the wind, as “the wind is really tough to judge at Shelburne because you can’t tell from where you’re standing. The decks are surrounded by trees, so until your ball is in the air, it’s pretty hard to judge”.

Blazing their way into the top five, Kirsty Mitchell (Station Creek GC – North) climbed 35 spots on the leaderboard after a shooting a remarkable round of 66 for the day. Heading into round two, Mitchell said “I was trying to take it less serious today after a bad first round yesterday. I focused more on my game today and just went with it”. When asked if she felt like she was too in her head yesterday, Mitchell replied with “well I think that I just really want to play well for myself, so I try to work too hard sometimes. I need to let my practice speak for me more and trust myself”. After shooting eight birdies, it seems that Mitchell may have found the calm that her game needed.

The third round begins at 7:30 a.m. tomorrow. For future results and information on the championship, visit the official championship page here.