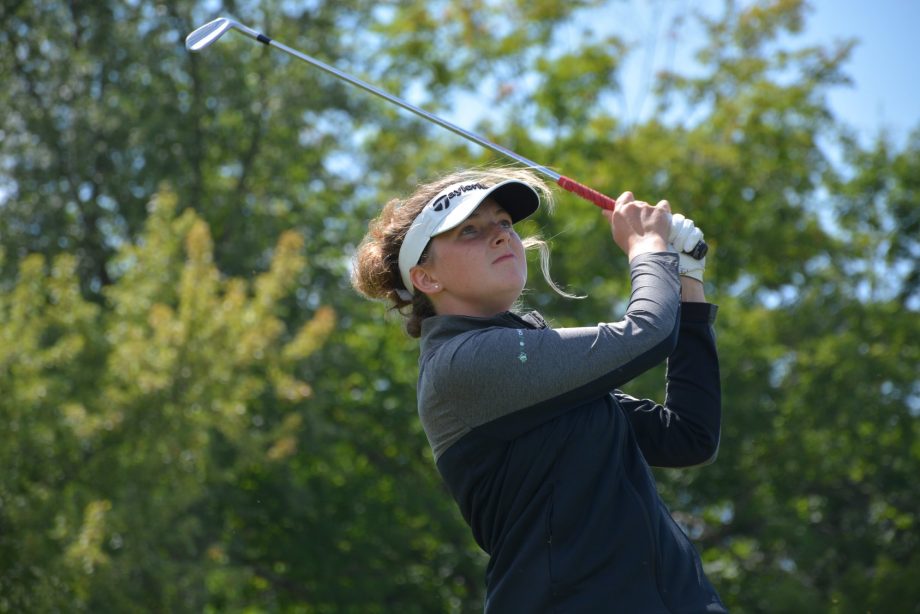 Melancthon, ON – Round three presented the players with more windy conditions, as everyone at the Ontario Junior (U19) Girl’s Championship looked to make some moves. When the weather finally warmed up at Shelburne Golf and Country Club, just four groups remaining on the back nine, and it seemed the damage had already been done as most of the field struggled to gain strokes on the leaderboard in today’s round.

Unaffected by the wind, Katie Cranston (Oakville GC) completed a solid round while remaining at the top of the leaderboard with an overall score of eight under par (208). Sitting in second is the round one leader, Nicole Gal (Oakville GC), after a plus three round thanks to some tougher greens.

Climbing the leaderboard in a tie for third is Lauren Zaretsky (Ladies GC of Toronto) and Rozlyn Rooke (Blue Springs GC). Shooting a one under and even par, the players both finished off with four birdies and three bogeys. Reflecting on today’s round, Rooke said “I feel like I was more focused both mentally and physically today. I zoned in on my shots and even though the wind was difficult at times, most of my drives were pretty good. I was able to focus on how far I wanted to carry the ball and where I wanted it to end up”. Rooke is looking to carry the same positive energy heading into the final round tomorrow.

The final round of the Ontario Junior (U19) Girl’s Championship begins at 7:30 a.m. tomorrow. Follow along with Golf Ontario on Instagram as we go live with the leaders group on eighteen. For future results and information on the championship, visit the official championship page here.