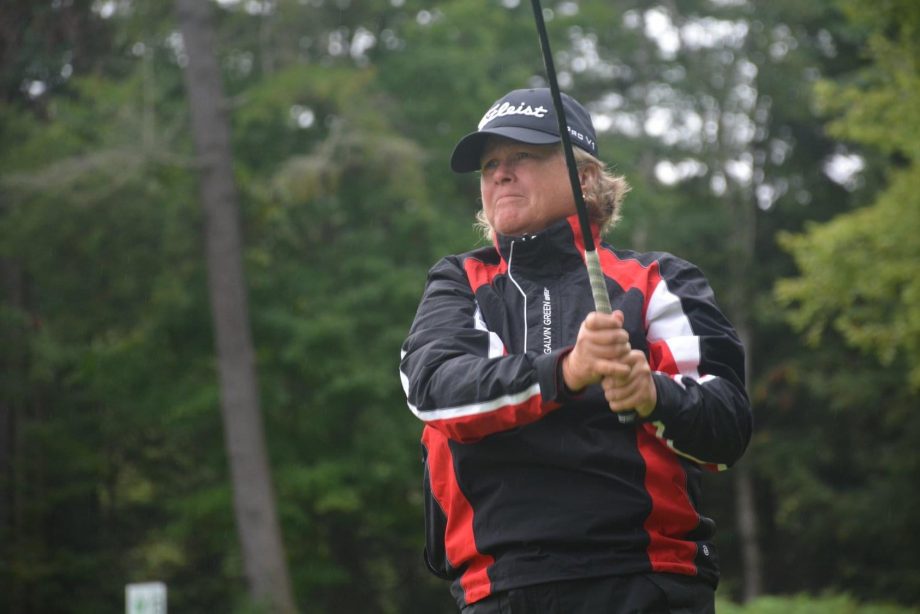 Gravenhurst, ON – It was a gloomy day to start round one of the Ontario Senior Men’s and Women’s Championship, presented by Durham Artificial Grass, at the glorious Taboo Muskoka Resort and Golf. While the rain may have stopped mid-morning, players battled wet, colder conditions for the remainder of the day.

On the men’s side, sharing the top of the leaderboard, is 2014 Ontario Senior Men’s Champion Larry Cooper (Mississauga) and 2019 bronze medallist Ashley Chinner (Coppinwood). Cooper had a strong start on the front going three-under par including an eagle on the eighth hole, to finish off the round one-under par (70). In third is 2019 champion David Greenaway (Barrie CC) (72), followed by a three-way tie for fourth with players Rob Cowan (Westmount G&CC), Tom Henderson (Public Player), and Brent Hatton (Lively G&CC) (73).

In first place after round one on the Women’s leaderboard is five time Ontario Senior Women’s Champion, Mary Ann Hayward (St. Thomas G&CC). Playing a consistent round, Hayward was able to make a couple of birdies and an eagle on the fourteenth hole, leaving her at three-over par (74). One stroke behind Hayward is 2011 champion Terrill Samuel (Weston G&CC) and three time champion Judith Kyrinis (Granite GC) who both carded 4-over 75’s.

Reflecting on her round, Hayward said “overall I’m pretty pleased, as it was tough conditions with the rain and wet conditions. I lost a couple of birdie opportunities on some of the more difficult holes, which you just have to accept. I had only played the course yesterday, so a bit of indecision with which clubs to use took place today as well”. Heading into round two tomorrow, she plans to “warm up a bit more with my mid to longer irons, as they weren’t hitting great today. I hit my driver really well in round one, as I think I only missed one fairway all day. Hopefully, the weather stays on our side tomorrow too!”

Second round for the Men will begin at 8:00 a.m. tomorrow, while the Women will tee off at 12:13 p.m… For future results and information on the championship, click here for the Men’s and here for the Women’s.