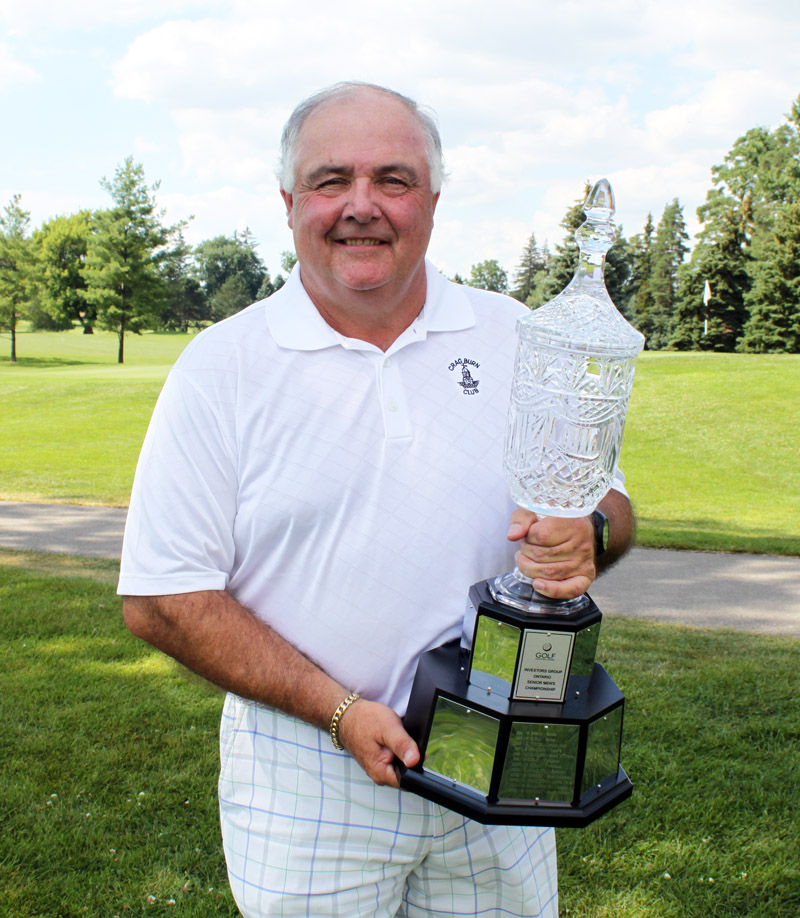 LEWISTON, NY– Collingwood’s Michael Jackson was announced as the co-winner of the 2014 Senior Porter Cup on Sept. 8 after thunderstorms made the Niagara Falls Country Club course in Lewiston, New York, unplayable. The tournament was reduced to a 36-hole event. Jackson, a member of the Georgian Bay Club, will share the honour with Steve Hudson after the pair both recorded scores two-over (142) after two rounds. Jackson shot an opening round of two-over (72) before his second round of even-par (70). Oakville’s Lars Melander was just one shot back at three-over (143) for the tournament.