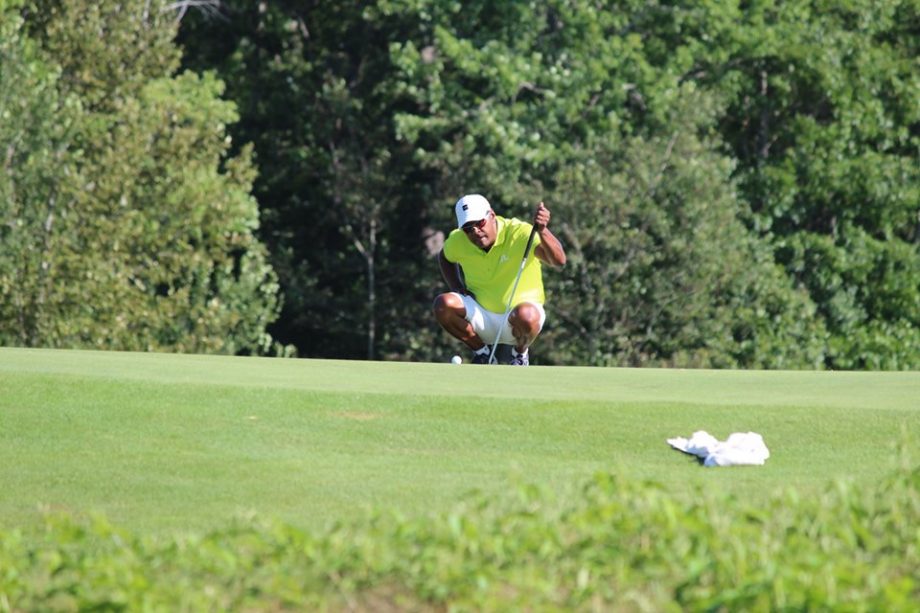 Gravenhurst, ON — A cool and cloudy morning welcomed the players as they arrived for the first round of the 84th annual Senior Men’s Amateur Championship at Taboo Muskoka. The tournament saw a hot start from the entire field, but after 18 it was Ashley Chinner (Coppinwood) who came out on top.

All eyes were on the reigning champion Mark Brewer (Whitevale GC) as he took off in hopes of winning his second title in two years, but it was Chinner who stole the show. With a round one score of -2 (69), the Brooklin resident had an impressive showing that would give him the advantage heading into round two. Going bogeyless until the twelfth hole, Chinner had the most consistent round of the day.

Chinner’s steady shooting allowed him to find three birdies and fourteen pars, the most of any player throughout the day.

Philip Cole (Bear Creek G&CC) and David Greenway (Barrie CC) both finished with scores of even-par for second place. The two had very different rounds however, with Cole delivering a very consistent and steady round whereas Greenaway had a roller coaster five birdies and five bogeys. Despite the different days, they both only sit two strokes behind Chinner for the lead and will surely be looking for a chance to take that top spot.

Although the three hold the advantage going into day two, it’s still not safe to claim victory in anyone’s favour. The field is an extremely tight race throughout with only a five stroke difference between second and eighteenth place, making it anyone’s game.

“It’s going to be a fun two days,” said Chinner. “It’s still anyone’s game, seeing as a two stroke lead can vanish in only a single hole. I have to make sure I’m playing steady just like today.”

The second round will resume tomorrow at 8:00 am. For results and information on the tournament, visit the official tournament page HERE