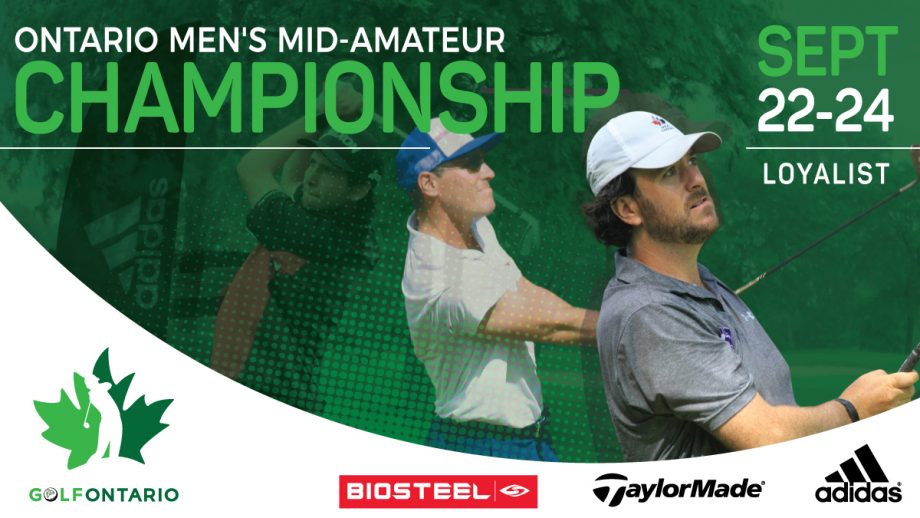 Bath, ON – With fall golf season almost upon us, Golf Ontario is excited to welcome the 2020 Ontario Men’s Mid-Amateur Championship, presented by BioSteel, to the Loyalist Country Club from September 22nd to 24th. As championship season is close to conclusion, we would like to thank all players for respecting and continuing to adhere to the Covid-19 protocols.

The beautiful Loyalist Golf and Country Club, designed by Ted Baker, features colourful natural watercourse, strategic bunkering, and native grasses. As one of the most well maintained courses in the area, Assistant Professional Austin James, says the players can expect “a tight front nine through the trees, with more scoring opportunities and wedge shots on the back. As we are located close to the lake, players can anticipate strong winds out of the southwest for majority of their round. There are water hazards through about half of the course, so players will need to precisely place their shot”. Additionally, players may experiences a challenge on “number three and nine, as they are really tight tee shots. Depending on the tee placement, if number twelve is set all the way back, It will be very tough as it’s usually into the wind.”

First tee off for round one on Tuesday, September 22nd is set for 8:00 a.m.  For more information on the championship and to follow the leaderboard, click here.