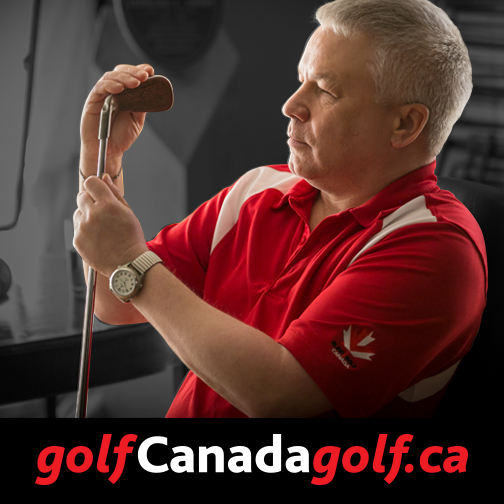 Canadians from coast to coast invited to share their stories at www.golfcanadagolf.ca or through social media using #GolfCanadaGolf

(April 16, 2015) – With nearly 5.7 million enthusiasts and 60 million rounds played annually, Canadians are passionate about the game of golf.

As Canada’s most participated sport, every golfer has a unique story to tell—now the Canadian golf industry is encouraging golfers to share those stories, aligning on a national campaign to market the game of golf in Canada.

The campaign – Golf Canada Golf – is designed to inspire Canadian golfers through storytelling, inviting enthusiasts to share their stories and special connections to the game through a series of promotional activities across video, broadcast, print, online and social channels.

“Among golfers, there’s always a story—memorable shots, a round with family, playing your favourite course, a golf trip with friends, witnessing first hand the incredible skills of PGA TOUR or LPGA Tour players, or using the game to overcome personal adversity,” said Golf Canada Chief Commercial Officer and campaign spokesperson Gavin Roth. “The Golf Canada Golf campaign invites Canadians to share their own experiences as well as read or watch other compelling stories to remind us what makes the game great and ultimately encourage enthusiasts to play more golf.”

The collection of golf leadership aligning on the campaign include Golf Canada, the 10 provincial golf associations, the National Golf Course Owners Association Canada, the PGA of Canada and PGA TOUR Canada. The campaign’s objective is to motivate golfers to share their stories, welcome new enthusiasts to the sport and celebrate the game all season long.

As part of the joint industry campaign, a custom website – www.golfcanadagolf.ca – was launched as a portal for stories to be shared. The site will feature a mix of stories, from professionally filmed feature segments to others submitted by everyday golfers with a unique story to share.

The site will also feature a social media hub that curates stories using the hashtag #golfcanadagolf as well as resources for golfers looking to find a course, connect with a PGA of Canada professional or learn more about junior golf programs in their community.

Sharing golf’s story means celebrating the health, social, economic, competitive and charitable benefits of the game. A snapshot of the Canadian golf landscape reveals an industry that is worth more than $14.3 billion annually to the Canadian economy, numbers that reinforce the massive financial, charitable, social, tourism and environmental impact golf has in communities across Canada.

In addition, Canadian golf facilities are a channel for major charitable giving with close to 37,000 events at Canadian courses helping to raise more than $533 million annually for worthwhile causes.

The Golf Canada Golf campaign was developed and executed in partnership with BrandFire Marketing Group, a full-service agency based in Toronto that in 2014 was named among Profit 500’s Fastest Growing Companies in Canada.

The campaign will extend throughout the 2015 season, inviting golfers and sport enthusiasts to share and celebrate the many stories that make the game of golf special in Canada.