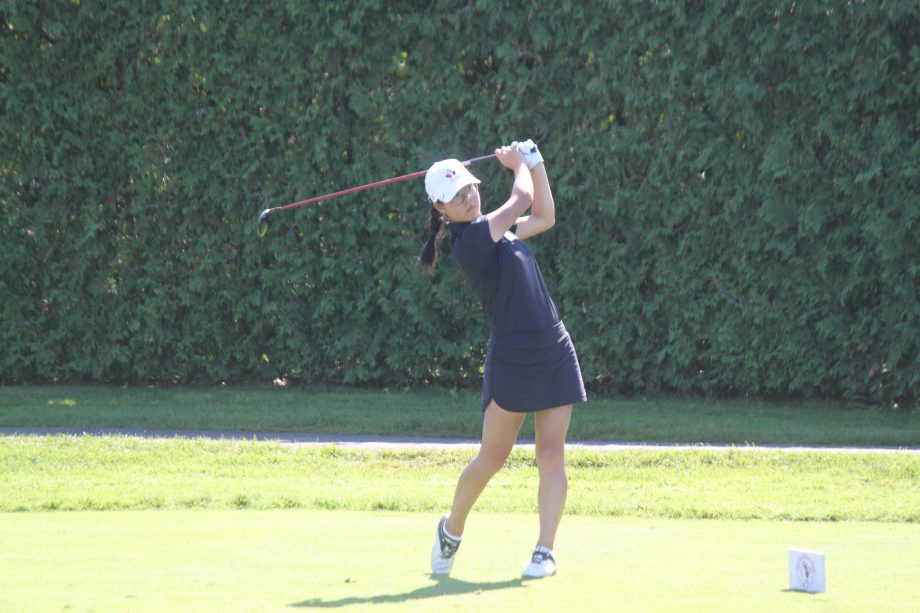 If the second round was an all-Italian affair yesterday, it is Canada that led the charge on moving day at Camelot Golf & Country Club in Ottawa, where the third round of play for the World Junior Girls Championship took place.

Vancouver product Tiffany Kong led the way for Team Canada One, who registered an aggregate score of 10-under 134, halving their deficit to 10 strokes back of tourney leaders Italy. The Italian trio of Caterina Don, Alessia Nobilio and Emilie Paltrinieri cooled off after their torrid opening rounds to notch a team score of one over par (145). They saw their comfortable 10-stroke lead dwindle to a single shot over the USA, who sit at 15 under thanks to a stellar third round of 9 under par (135).

Team Thailand also had a solid outing with a 139 and sit third in the team standings. Canada One is only three strokes back of the Thai team and within reach of their first World Junior Girls medal since 2014.

In the individual competition, Italy’s Nobilio scored a team-best 69 (-3) today to maintain her seven-stroke lead over American Zoe Campos, who shot a tournament-low 65 to grab a share of second with Atthaya Thitikul of Thailand, at 8 under for the championship.

“I did really well, yeah… my irons were pretty good, and I was making a lot of putts today,” said the soft-spoken California native Campos.

“Eighteen was my favourite hole today… I pushed my drive into the last right bunker, had about 130 in, and I hit 8-iron within 15 feet of the pin and made that put. Always nice to finish with a birdie,” concluded Campos.

Kong had the low round of the day going for a large portion of the contest, a superb score of 66 which featured five consecutive birdies to kick off her round.

“I started off really well, five birdies in a row and I kept the good play going, hit my pars. On the back nine, I thought it’s a new nine holes, so I just wanted to keep it steady since the back nine is very hard,” said the 17 year-old Kong, who moves into a tie for 8th.

Céleste Dao of Notre-Dame Ile Perrot, Que., leads the way for the Canadians through 54 holes in a tie for 5th at 4 under par. American Brooke Seay is 4th at 7 under.

Canada’s Emily Zhu (Richmond Hill, Ont.), Sarah Beqaj (Toronto, Ont.) and Lauren Kim (Surrey, B.C.) who make up Canada Two, are in 18th place, shooting a team score of 12 over in round three.

Team Canada is looking for its first medal since the team that featured recent CP Women’s Open champion Brooke Henderson capture bronze at the first ever World Junior Girls Championship in 2014.