Canada Summer Games set to tee off in Niagara Falls 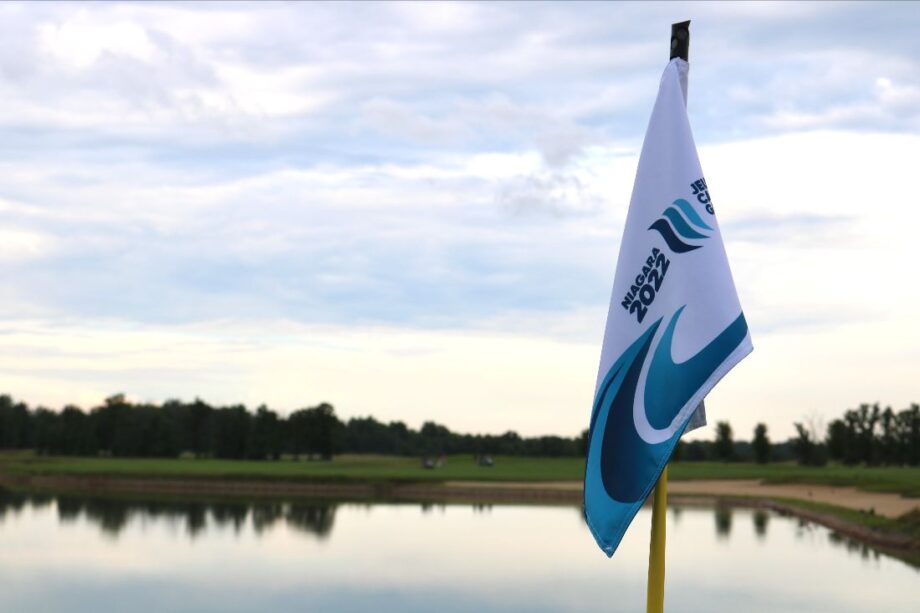 NIAGARA FALLS, ONT. – 42 players across ten provinces and one territory will compete for gold at the Niagara 2022 Canada Summer Games this week at The Niagara Park’s Commission’s Legends-on-the-Niagara (Battlefield Course) in Niagara Falls, Ont.

The Canada Summer Games, returning for the first time since 2017, opened on August 6. The golf portion will run from August 17-20, with gold, silver and bronze medals being presented at the awards ceremony following Saturday’s final round.

“We’re very excited to be involved in the Canada Summer Games and to be here in the beautiful city of Niagara Falls,” said Tournament Director Josée Matte. “The opportunity to be part of a multi-sport games is such a valuable experience for young athletes, and we know that on and off the golf course, the Games deliver a first-class experience for athletes to create memories that will last a lifetime.”

Québec comes to Niagara as the defending champions across the board. In 2017, Céleste Dao and Christopher Vandette – now both members of Team Canada – won their respective divisions in the individual competition, while also contributing to Quebec’s gold medal in the male and female team events. Anne-Léa Lavoie (Québec, Qué), Malik Dao (Notre-Dame-Île-Perrot, Qué), Léonie Tavares (St-Jérôme, Qué) and Guillaume Paquette (La Minerve, Qué) will look to defend for La Belle Province.

This year, the male and female team divisions will be replaced by a mixed gender division, where two males and two females from each of Canada’s ten provinces will team up in their bid for the gold medal. In each of the four rounds, the low male and the low female scores will count toward that province’s score for the day. The team with the lowest total score after four rounds will be awarded the gold medal.

Prior to Québec’s sweep in 2017, British Columbia owned the top step on the podium. At the inaugural golf tournament in 2009, B.C. won all four gold medals in golf and did it again with a repeat performance in 2013 in Sherbrooke, Qué. The squad from the west coast will once again be sending a strong contingent to the Games, headlined by Lauren Kim (Surrey, B.C.), who played in the U.S. Women’s Open earlier this summer, and Cooper Humphreys (Vernon, B.C.), who won a gold medal with Team Canada at the 2022 Toyota Junior Golf World Cup.

Yukon will be the lone territory represented at Legends-on-the-Niagara at this year’s Games. 15-year-old’s Drake Cooper and Jase Johnstone, both out of Whitehorse, will tee it up tomorrow.

Doug Carrick was responsible for the design of Legends’ Battlefield Course, which is situated next to the historic site of the War of 1812’s Battle of Chippawa. It includes four signature holes, all wrapped around a beautiful 7 hectares (19 acre) man-made lake. The centrepiece of the facility, which links everything together, is a spectacular clubhouse designed by Canadian Architect Peter Berton. This building truly captures the spirit of the Niagara area, and it embodies NPC’s vision of a world-class golfing venue that exists in concert with Niagara’s natural and historic setting.

Niagara 2022 marks the 28th edition of the Canada Summer Games and only the third time in its history that it’s been hosted in Ontario. The last running of the national event was in 2019 in Red Deer, Alta., while the most recent summer edition was held in Winnipeg, Man.

ABOUT THE CANADA GAMES

Held every two years, alternating between winter and summer, the Canada Games are the country’s marquee event for amateur sport representing the highest level of national competition for thousands of up-and-coming Canadian athletes. As the best in their age group, these young competitors come to the Games having trained long and hard to be among those chosen to represent their respective province or territory. From August 6 to 21, the Niagara Region will welcome more than 5,000 participants (including athletes, coaches and support staff) to compete in the Niagara 2022 Canada Summer Games. The competition will feature 18 different sports, including an inaugural rugby sevens competition (women’s only) and the return of lacrosse after a 37-year absence from the Games (1985). The 28th edition of the Canada Games will also mark the third time in history the event has taken place in the province of Ontario and the first time in 21 years.

Golf Canada is the National Sports Federation and governing body for golf in Canada, representing more than 300,000 golfers and 1,435 member clubs across the country. A proud member of the Canadian Olympic Committee, Golf Canada’s mission is to increase Canadian participation and excellence in golf. For more information about what Golf Canada is doing to support golf in your community, visit www.golfcanada.ca.