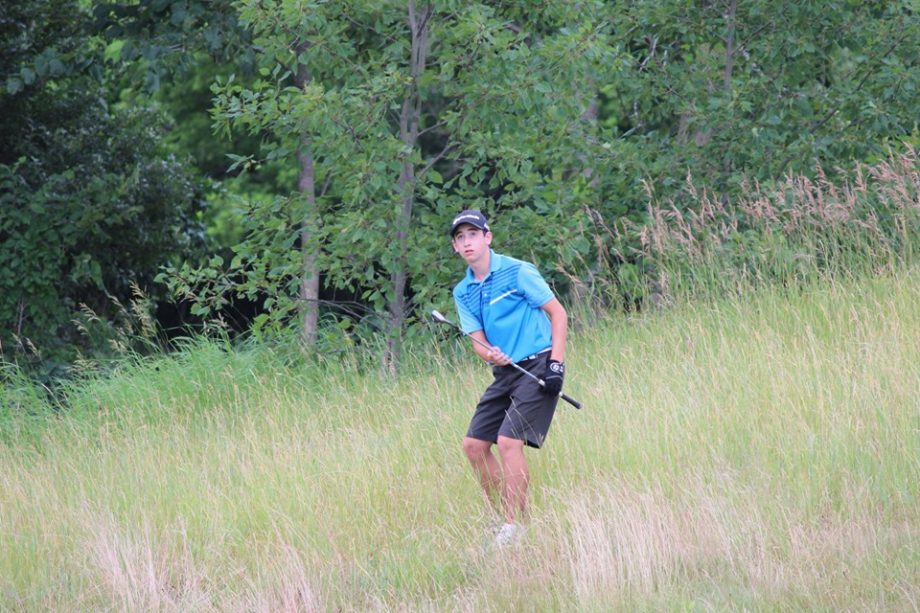 Thornton, ON — 156 players took to the beautiful Tangle Creek G&CC on Tuesday, July 16th for the first round of the Ontario Junior Boys Championship. The warm and dewey morning that welcomed the competitors quickly became hot and windy, making it a challenging day for everyone on the course. Despite the tough conditions however, the field came out to play with little sign of fatigue from the weather. The first day was overly competitive, with no clear leader until the last hole few holes.

After 18, it was Noah Campbell (Coppinwood GC) who was able to take the lead heading into the second round. Campbell had an impressive showing with a final score of two-under (70) after a stretch of five birdies in six holes midway through his round. With some impressive play, Campbell was able to stay within reach of the first place position throughout the day and even though at times it looked like others were going to pull ahead, the 16-year-old continued to persevere.

“I hit the ball pretty well and was able to stay competitive through the first couple of holes before I hit my hot stretch midway through the round,” said Campbell. “I was just trying to focus and take it one hole at a time. I knew I was playing well after that stretch but I didn’t want to get ahead of myself, so I just kept a modest mindset throughout the rest of the round.” Campbell leads the charge heading into round two and plans to change nothing about his game.

“My mindset is what will help me continue my solid play, so I’m just going to keep doing the same thing. One hole at a time.”

Trailing closely in second was a three way tie for second. Robbie Latter (Credit Valley G&CC), Jeffrey Fang (Station Creek GC), and Gerry Mei (Granite GC) all ended the round with a final score of -1 (71). The three players played a strong round and never seemed to be able to seperate each other from the pack. All three will be looking to take the lead from Campbell tomorrow before the all important third day.

Tee time for the second round is set for 7:30am. For future results and information on the tournament, visit the official tournament page HERE