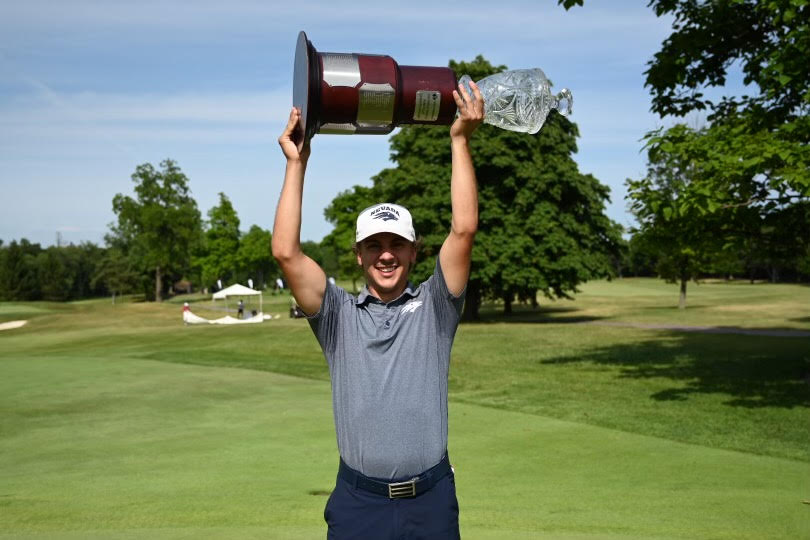 Scarborough – A thrilling late victory highlighted the 100th playing of the 2022 Ontario Men’s Amateur Championship from Scarboro Golf & Country Club. Sunshine beamed down on the course, heating up play, especially for the new champ, Peyton Callens, who fired a scorching 7-under (64).

Callens would make a solid late push late in the round, including a hat-trick of birdies on the final three holes to claim the title, highlighted by a chip-in birdie on the 17th. Owen Kim (Hamilton Golf & Country Club) and Aidan Gavey (Golf Canada Club – Ontario) tied for second place. Kim also had a wonderful day firing a -5 (66) on his round. In total, twelve players would shoot under par on a tough final day.

I hit the same as the first few days, today the flat stick just got hot. It just started to peak, which made the difference,” said Callens after the round. He added, “I think the confidence I found yesterday carried over to today.”

For media coverage of the Ontario Men’s Amateur Championship, please visit the Golf Ontario Facebook page to view our photo albums. To follow along with the leaderboard, visit our Golf Genius page.