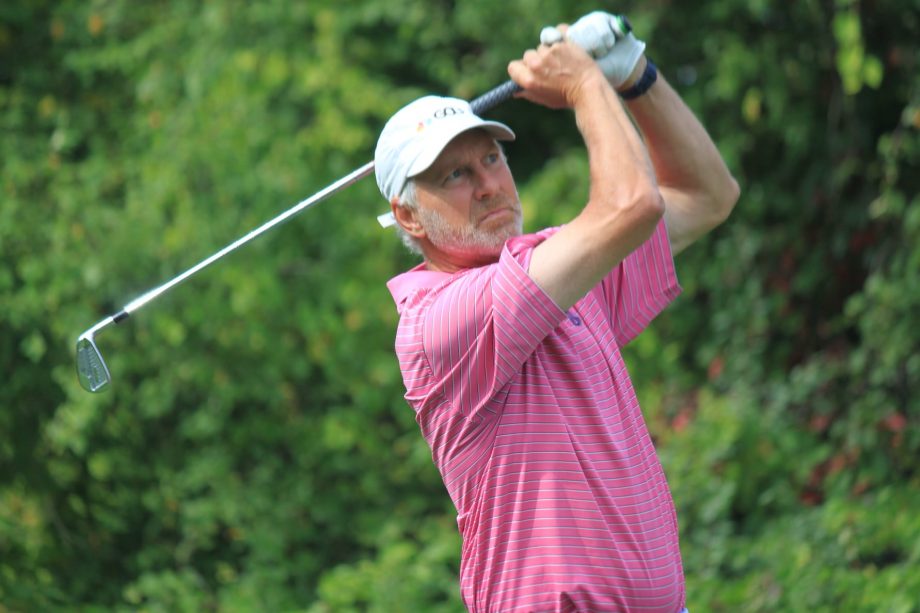 Bath, ON – Overnight rain and thunderstorms fortunately cleared for round two of the Ontario Senior Men’s Championship, from Loyalist Golf & Country Club. The sun did its part to dry up the challenging course as the heat and play rose through the day, as players fought to climb the standings and catch our leaders.

The 2020 Ontario Senior Men’s Champion, Dave Bunker (Cherry Hill Club), continued his fierce play shooting a brilliant seven-under (65), including six birdies on the back nine to hold a four-stroke lead heading into tomorrow’s final round. Once again nipping at his heels is Ashley Chinner (Coppinwood), who fired a strong four-under (68) including 4 birdies on his last six holes. Round of the day and lowest of the tournament so far, belonged to Robert G. Cowan (Westmount G&CC), who exploded on the scene with a seven-under stretch over eight holes to shoot an incredible eight-under (65). Brian Humphrys (The Pulpit Club) also had a strong round of three-under (69) on the day to find himself in fourth.

Final round action from the championship will tee off Thursday at 8:00 a.m. from Loyalist G&CC. For more info, tee times, and leaderboard information, check out our Golf Genius webpage here.