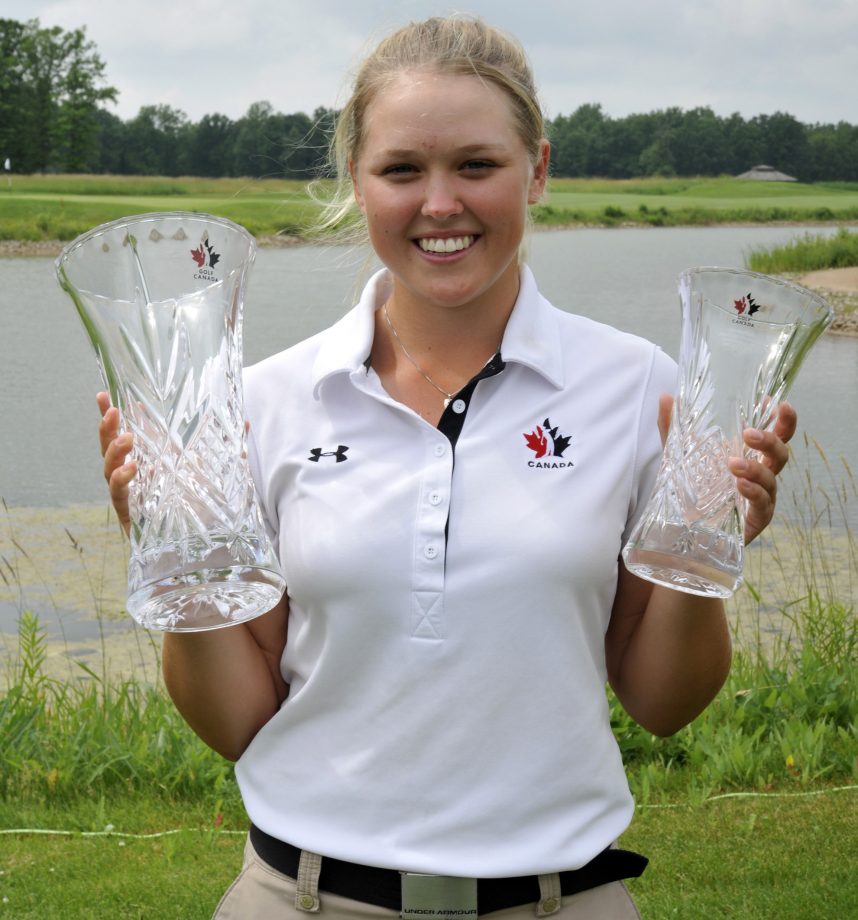 Henderson finished the tournament with a final score of 9-under-par 135, five strokes ahead of Stephanie Connelly after rounds of 69-66.

“Yesterday I was tied for the lead, so I knew I had to get a good round together.” Henderson said. “Coming in through nine I was 3-under and the girl ahead of me was 4-under for the day. I realized I needed to get in gear and was able to get four more birdies on the back nine.”

Henderson, 16, of Smiths Falls, Ont. is coming off of a successful month of play, finishing T10 in the U.S. Women’s Open and claiming the Porter Cup Champion title earlier in June.

Her win at this week’s event earns her an exemption into the 2014 Canadian Pacific Women’s Open, taking place at the London Hunt and Country Club in London, Ont. in August.

“It’s definitely cool to get the exemption, I know I deserve it now instead of someone just giving me one, which I’m very grateful for too and I’ll take those anytime,” Henderson said. “I’m looking forward to going to the Canadian Pacific Women’s Open and seeing Lorie Kane as well as some other Canadian professionals out there.”

At the end of yesterday’s opening round, Henderson shared first place with Connelly of Fleming Island, Fla. Connelly finished at 4-under-par 140 to claim first place prize money. Simin Feng of Windermere, Fla. finished in solo third at 3-under 141, with Samantha Richdale of Kelowna B.C. at 2-under. Emily Childs finished in a tie for 5th at 1-under 143 with Australia’s Emma de Groot.