Best university golfers in Ontario set to tee off 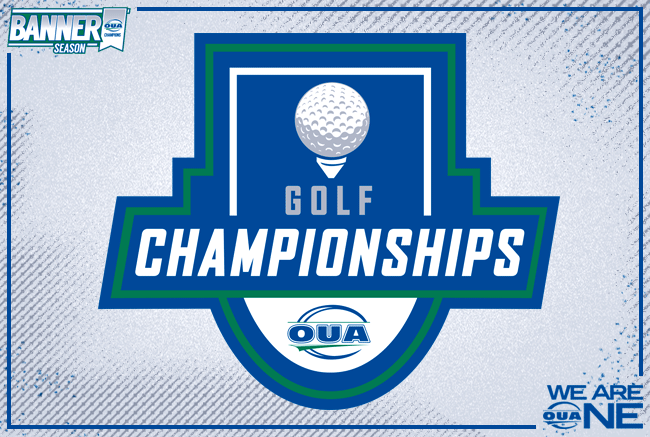 Alberton, Ont. – The best university golfers in Ontario are ready to hit the links for a shot at the championship, with the Western Mustangs and Toronto Varsity Blues hoping for similar success as they found a year ago. But with 14 other teams looking to score a hole in one themselves, only time will tell which schools will ultimately reign supreme.

Among the strongest golfers in the OUA are those representing the Varsity Blues, and at the centre of their success – a run that includes six consecutive women’s banners – is Laura Upenieks (Etobicoke, Ont.). The nine-time OUA all-star is in her 10th year of eligibility and will be in search of her third individual title, having previously won in 2015 and 2017. Another Blue that will be poised to help her squad become the first school to win seven banners since the women’s golf inception in 2005 is Kelsey Fuchs (Uxbridge, Ont.), with the fourth-year golfer already claiming victory at the McMaster Invitational this year.

While the Blues were able to keep their championships streak alive a season ago, the Waterloo men’s squad was bested by the Western Mustangs to put an end to their three consecutive wins. With 11 banners under the belt, however, they will surely have their eyes on the top prize once again this year. Tyson Turchanski (Calgary, Alta.) will be one of many standouts teeing off for the black and gold, and with a successful recent stretch under his belt – a run that included four individual medals and an appearance at a US Open Qualifier – he should help the team stay hot and raise their medal count for the year.

Not to be outdone, the Waterloo women’s team is also coming in on quite a hot streak, having won the last three tournaments they’ve played. Not only have they climbed to the top of the podium recently, but they’ve earned team medals at each event this season, with Claire Konning (Moncton, N.B.) accomplishing the same feat on an individual level to put her in a strong position to top the podium at Heron Links.

The team that dethroned the Warriors men a year ago, the Western Mustangs, will look to maintain that recipe for success in this year’s edition, with team captain and defending men’s individual champion Charles Fitzsimmons (Toronto, Ont.) leading the charge. But while the purple and white’s 12 championships got a boost last year, their women’s team will be aiming for their first title in 10 years. Tasha MacDonald (Welland, Ont.) is the veteran of the squad and a key figure in what they hope will be their fifth title in program history.

Finishing just behind the Mustangs in a tie for second was the Ottawa Gee-Gees men’s side. The reigning silver medalists have maintained their strong play into the 2018 season, with third place finishes at the Carleton and Queen’s Invitationals highlighting their OUA circuit thus far. Gabriel Gingras (Chelsea, Que.), who secure second place individually last season, returns to lead the Garnet and Grey in his fourth season.

Helping to round out last year’s podiums were the Queen’s Gaels, who took home the men’s and women’s team silver medals in 2017. With the hopes of standing atop the podium this time around, the Gaels will turn to Robyn Campbell (Cornwall, Ont.) and Zachary Greifenberger (Toronto, Ont.) to lead their two sides. The former is the Tricolour’s seasoned vet, with back-to-back championship silver medals to her name – not to mention a hole-in-one on the banner season stage in 2014 – and the latter is in the midst of an impressive rookie campaign that featured wins in his first two tournaments.

After just missing out on the podium a year ago, meanwhile, the Guelph Gryphons men’s squad have a top-three finish on their mind this time around; something they’ve done in six of seven events this year already. A key contributor to the team’s showings this season has been Josiah Dixon (Owen Sound, Ont.), who has a field-low 68 under his belt from the Queen’s Invitational earlier this year, and after earning the provincial and national individual college championships while at Niagara College just two years ago, Dixon will certainly be going for gold next week.

On the women’s squad, Sarah Dunning (Waterloo, Ont.) has both past and present success on her side when she tees off this weekend. The accomplished golfer is a former OUA champion from 2014 and has also picked up an individual gold at the Brock Invitational this season. The addition of Dunning has been a great help to her teammates, who will hope to turn what they’ve learned into championship triumph come Monday.

Not far down the road from Guelph, the Laurier Golden Hawks will have similar aspirations to reach the podium after their men’s team missed out by just two shots a year ago. Despite losing 2017 bronze medalist Austin Ryan, fourth-year player Andrew Cox(Kitchener, Ont.) will look to fill his shoes after a finishing tied for 12th last year and earning a pair of individual medals in 2018. The Golden Hawks women’s team, which boasts two rookies and two second-year players, are hoping to build on their 8th place finish in 2017. Stephanie Elsey (Toronto, Ont.), who finished in the top-30 in that event, will be one to watch for the experience-seeking Hawks.

The youth movement continues onto Windsor as well, as the men’s team is only returning three of nine players from a year ago. The Lancers, who finished 9th in 2017, have the podium as their goal, and with a great week of camp under their belts, they’ll be focusing on gaining shots on the greens as much as possible, with the potential for success coming from any of their members. The women’s team fell just shy of the podium a year ago, but with four team medals secured this season and backed by three returning players, they should remain in contention to do the same next week.

Brock put forth strong showings at last year’s championship and will be led by Adam Graham (Sarnia, Ont.), who is returning for his fifth year on the links. It has been a successful campaign to say the least for Graham, who tied for the low individual score at the Queen’s Invitational and Niagara College Invitational, along with two additional top-three showings. Along with partner Eric Pattenaude, meanwhile, Graham also won the USGA U.S. Amateur Four Ball Qualifier. With team finishes on and around the podium in several events this year, the Badgers have medals on their minds to close out their OUA season.

The McMaster Marauders, who placed 10th and 12th, respectively a year ago, will be hoping for an improvement on their 2017 showings, and will have the chance to do so close to home. The host school is turning to veteran John MacPherson (Hannon, Ont.) to lead their men’s team, just as he has over the past few seasons. The Marauders’ two-time Male Golf MVP recently topped the school’s participants at the Guelph and McMaster Invitationals, and along with fellow veteran returnee Patrick Maloney (Oakville, Ont.), will be key to the team finding success on their home course.

After placing 10th a year ago, meanwhile, the Laurentian Voyageurs men’s team will also be looking to rise the ranks this time around. Liam Hamlin (Blind River, Ont.), who claimed gold at the Guelph Invitational this year to go along with a top-10 finish at Waterloo/Laurier, and Nick Quesnel (Sudbury, Ont.) who won the Ridgeback Invitational, will lead the well-balanced squad into championship play. The lone Voyageurs golfer on the women’s side is Gracen Lacko (Sudbury, Ont.).

First-year Ridgeback Dale Lewis (Whitby, Ont.) will join Lacko as the lone female representative for her squad, while Mackenzie Dasti (Oshawa, Ont.) will spearhead the UOIT men’s side. The fifth-year golfer is ready to lead a young Ridgebacks squad that features five other golfers in their first or second year. Dasti finished third at the Brock Invitational, while cracking the top-two at the Waterloo/Laurier and Ridgebacks Invitationals this season. He will surely be looking for another stroke of success next week as he winds down his OUA career.

Like UOIT, Trent will also be sending a younger team looking for experience at this year’s event. Hoping to guide the Excalibur within their leadership roles will be team captain Zac Howard (Peterborough, Ont.) and seasoned veteran Jake Shaughnessy (Peterborough, Ont.), both of whom bring a great attitude and atmosphere to the budding Trent squad.

It will be largely new territory for Ryerson this year as well, as the Rams will be sending a young team to the event after not sending a full group to last year’s competition. Ones to watch for the Toronto-based school are Andrew Hudencial (Toronto, Ont.), the only returnee from the 2017 provincial finale and Mahir Omar (Mississauga, Ont.), who shot a team-best at both the Queen’s and Brock Invitationals this season.

Also taking part in this year’s championships are the Carleton Ravens and York Lions.

The first round of play tees off on Monday, October 15 at 8:30am, with round two following suit the next day. Both rounds will take place in Alberton, Ont. at the Heron Point Golf Links.