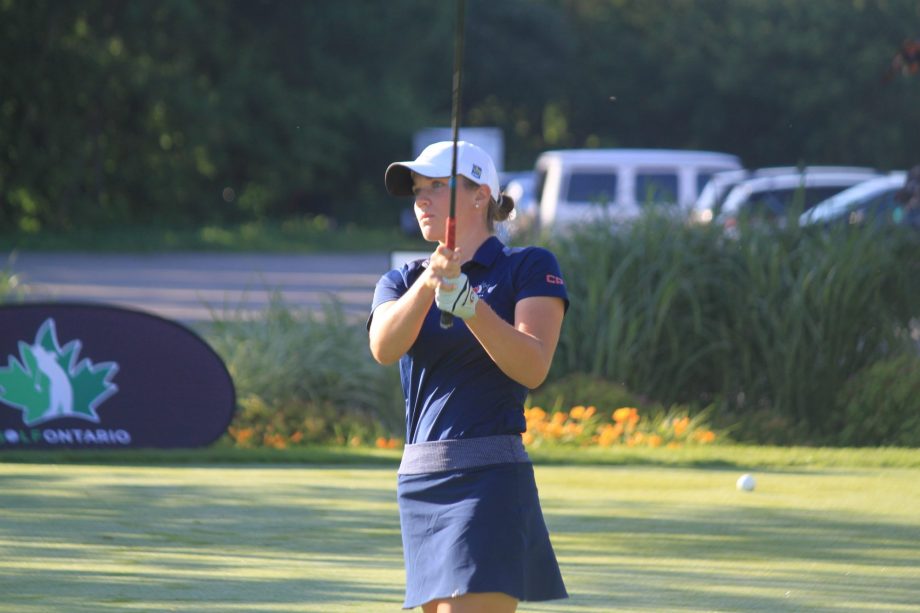 CAMBRIDGE, ON – The second round of the 84th Ontario Junior Girls Championship began on another beautiful morning from Galt Country Club but saw the weather turn windy and rainy causing higher scores than yesterday’s opening round.

The weather may have changed but the leader after both rounds did not. Sarah Beqaj (Toronto Golf Club), a National Junior Squad member, didn’t score as well as her course record 66 yesterday, but did play well enough with a +4 (76) to hang onto the lead.

A relieved Beqaj spoke of her challenging round afterwards. “Today was a little different, after my first bogey free round yesterday, I was nervous out there and knew I wasn’t going to shoot as well. Putts weren’t going in today that were in round one.”

Beqaj talked about the remaining golf that is still left to play this week. “There is still lots of golf left to play especially when you see the changing scores from day to day, and personally I need to capitalize better on the par 5’s.”

The immense talent in the top 20 here this week can still make this anyone’s tournament to win. Play resumes Wednesday morning for the third round after the field is cut down with tee times commencing at 7:30am.