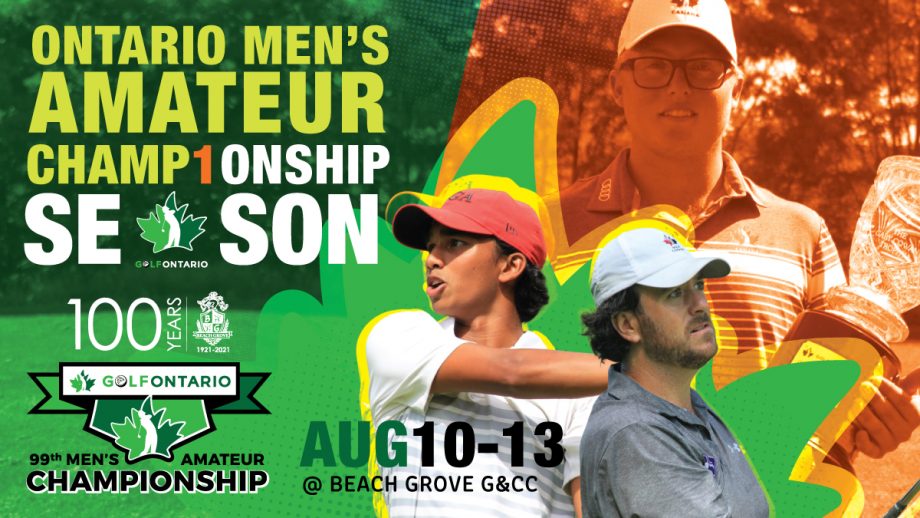 Uxbridge, ON – Celebrating its centennial anniversary in 2021, Beach Grove Golf and Country Club will host arguably the most prestigious event in the country from August 10th to 13th. Welcoming a field of 114 players, the 99th Ontario Men’s Amateur Championship presented by TD Brazier/Dupuis Wealth Management will take to the course in Windsor as the best male amateur players battle for the crown.

To honour their 100th anniversary, Beach Grove has had a strong calendar of events scheduled for its members all year, with the Men’s Amateur adding to the celebrations. General Manager, Aidan Blunt, commented that “it’ll be a good test for everybody. Obviously, with it being one-hundred years old, it’s not as long as some of the modern golf courses. Having said that, the greens are not easy to read and they are small, so if you miss it, an up and down is going to be a challenge.” The course is in great condition, as Blunt added that “we’re growing the rough on the fairways and around the greens. The greens will be fast, as they’ll be double cut and rolled each day. It’s a Stanley Thompson design, with tree-lined tight fairways, and small greens. It’s just the collective nature of the course that will present a challenge. It will suit the type of golfer that can think their way around the course and play strategically.” As the championship is presented by title sponsor TD Brazier/Dupuis Wealth Management, Beach Grove has also brought on several supporting sponsors. Please visit our website to view the full list of sponsors.

The championship will get underway at 7:30 a.m. on Tuesday, August 10th. For qualifying, pin locations, tee times, and leaderboard information check out our Golf Genius webpage here.