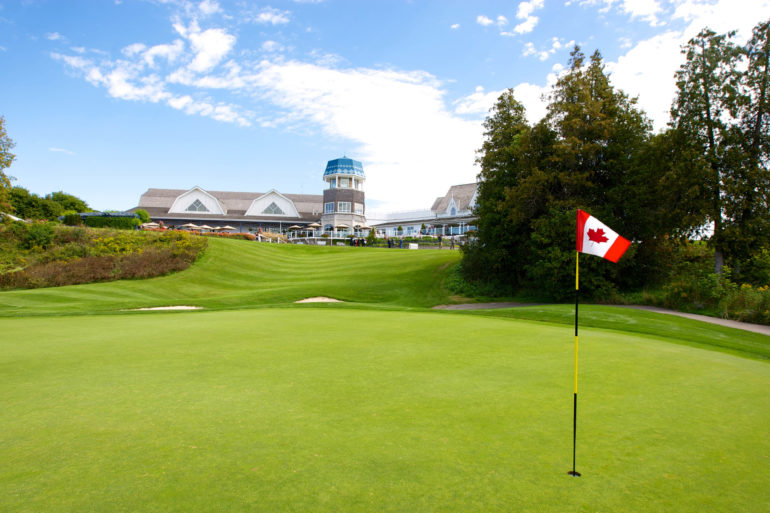 Two Canadian squads will headline a field of 54 competitors on 18 teams representing 17 countries competing Oct. 10-15 in the celebrated return of the prestigious global golf competition

MARKHAM, Ont. – Canada is set to host a global showcase of the world’s best junior golfers as the seventh edition of the World Junior Girls Championship, presented by Sargent Farms, will be contested October 10-15, 2022, at Angus Glen Golf Club in Markham, Ont.

In total, 54 athletes on 18 teams representing 17 countries—including two teams from host nation Canada—will compete for the team and individual titles. The event marks the celebrated return of the prestigious global competition after two years of cancellation due to the pandemic.

“Together with our partners at Golf Ontario and Sargent Farms, Golf Canada is extremely proud to celebrate the return of the World Junior Girls Championship,” said Mary Beth McKenna, Golf Canada Director, Amateur Championships and Rules. “This championship has become a world-class showcase featuring some of the most promising young athletes from around the world. It is an honour to welcome these talented juniors—many whom we know will go on to great success in the professional game—back to Angus Glen and support these Canadian and international talents in their golf journey.”

“The World Junior Girls Championship has become a signature event on our championship calendar and there is a great excitement in welcoming this outstanding group of athletes from around the world to compete for an international title on Canadian soil,” said Golf Ontario CEO Mike Kelly. “Angus Glen has proven itself time and again to be a world-class host and a championship-worthy venue that will be ready to challenge the world’s best junior golfers.”

The Canada 2 squad is represented by 16-year-old Yeji Kwon of Port Coquitlam, B.C., 14-year-old Michelle Xing of Richmond Hill, Ont. and 13-year-old Anna Huang from Vancouver. Kwon earned a spot on the team by winning the 2022 Canadian Junior in a season that also included a ninth-place result at the Toyota Junior World Cup. Xing, who finished third at the NextGen Selection Camp, won the 2022 Ontario Junior Girls Match Play and finished runner-up at the Ontario Juvenile Girls Championship. Huang’s notable results include a T4 finish at the Canadian Junior, a T22 finish at the Canadian Amateur, a victory at the Toyota Tour Cup and a T3 finish a the NextGen Selection Camp.

This year’s field for the World Junior Girls Championship, presented by Sargent Farms, is highlighted by 11 competitors ranked inside the World Golf Amateur Rankings (WAGR) top 100, including the tournament’s top-ranked player, Germany’s Helen Briem (no. 13). Spain is the lone country with all three players ranked inside the WAGR top-100 with Sweden next at two top-100 players. A full list of competitors, including their WAGR position, is here.

Canada’s best finish in the team competition was third in 2014 and fourth in 2018.

Several players who have competed in the World Junior Girls Championship have gone on great success on the LPGA Tour, led by Canadian Brooke Henderson, a 12-time LPGA winner and world no. 6 who finished fourth in the individual competition at the inaugural championship hosted in 2014.

In addition, 12 players who competed in the 2022 CP Women’s Open at Ottawa Hunt and Golf Club are alumni of the World Junior Girls Championship.

Angus Glen Golf Club, which will host the World Junior Girls Championship for the third time, is home to two 18-hole championship golf courses in Markham, Ontario. The North and South courses offer variety, beauty, and challenges. Angus Glen has been ranked as one of the top 80 golf courses in the world outside of the United States. It was home to the 2002 and 2007 Canadian Open and an official host of the 2015 Toronto Pan/Parapan American Games. The 2022 World Junior Championship will be contested on the South course.

The following is a list of competing countries in the seventh annual World Junior Girls Championship, presented by Sargent Farms:

Practice rounds for the 72-hole competition will take place October 10-11, with the first round of play set for Wednesday, October 12. The tournament’s closing ceremony will immediately follow the conclusion of play on Saturday, October 15.

Admission to the competition is free. Additional information regarding the seventh annual World Junior Girls Championship can be found on the competition’s website.

The World Junior Girls Golf Championship, presented by Sargent Farms is an annual event conducted by Golf Canada in partnership with Golf Ontario. The international competition features three-player teams of 18-and-under athletes. As host country, Canada will field two of the tournament’s 18 teams competing over 72 holes for both individual and team honours. The championship is conducted with support from Sargent Farms, the Golf Canada Foundation, Sport Canada, Ontario Ministry of Tourism, Culture and Sport, the International Golf Federation, the PGA of Canada, the R&A, and Levelwear. Admission and parking for the World Junior Girls Golf Championship is free. For more information, visit www.worldjuniorgirls.com.