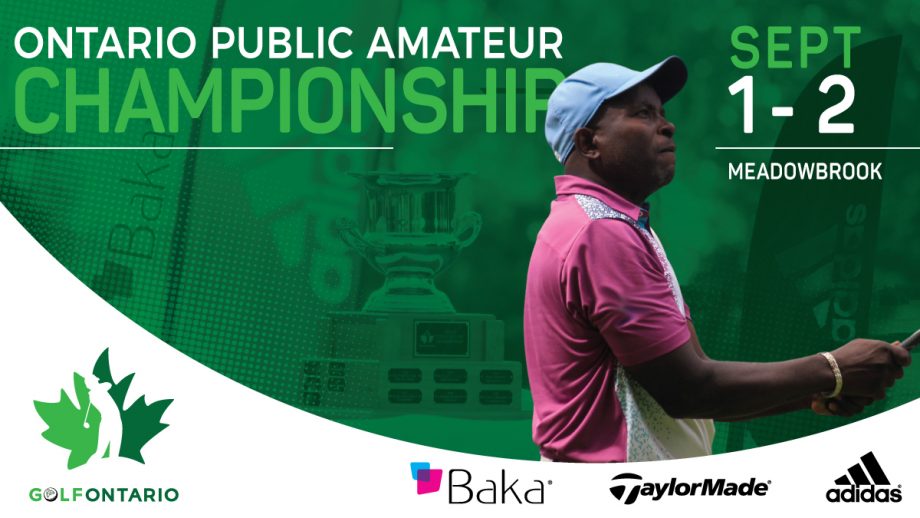 Gormley, ON – As summer slowly slips away, we prepare to tee up the Ontario Public Amateur Championship, presented by Baka Mobile, at Meadowbrook Golf Club from September 1st to 2nd. For many competitors, this is their first experience competing in a Golf Ontario championship while others are seasoned veterans. The Baka Public Championship provides the perfect opportunity for those interested in trying a competitive tournament, while providing gross and net flights which provide similar handicap groupings.

The classic championship parkland golf course is a great experience for golfers of all levels, as the 153 acre property features flawless bentgrass greens, tactically placed bunkers, and a series of flowing brooks and dangerously positioned water hazards. Head Professional of Meadowbrook Golf Club, Sheldon Friske, describes the course as “a first shot golf course. If you put the ball in the fairway off the tee, you have a clear shot to the green. Miss the fairway by a little bit and there’s some bunkering and trees around the greens that you’ll have to deal with. The rough is also thick enough that it will affect the second shot, even if only off by a foot”. Right off the start, players can expect “a challenging tee shot as we flipped the nines this year, making for a very challenging first hole”.

With three previous Public Amateur Champions returning to the field, they will be battling for the chance to add another name plate to the trophy. Returning players include 2013 winner, Dan Kavanagh (Scarborough), 2014 winner, Peter Willis (Aurora), and 2011 and 2015 winner, Arnold Johnson (Brampton).

First tee off of the day for round one on September 1st is set for 7:30 a.m. To follow the leaderboard, click here.