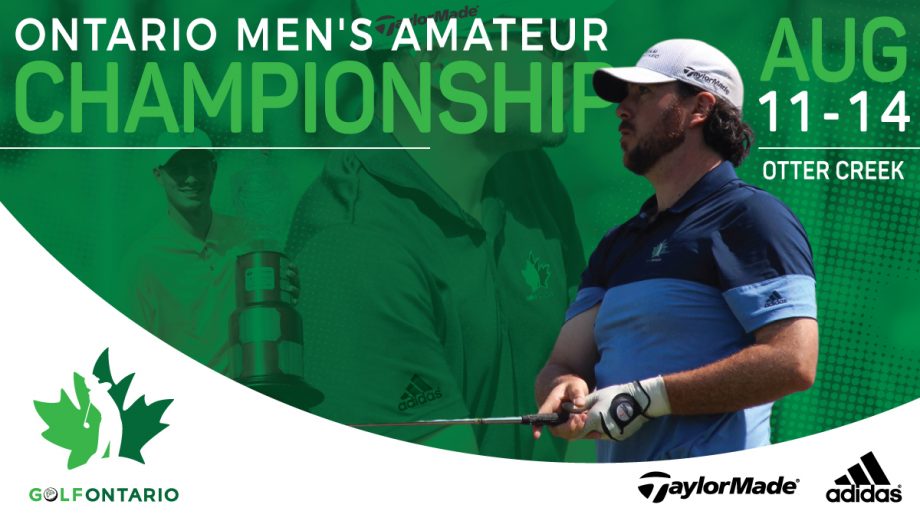 Otterville, ON – Heading into our third of nine championships, Golf Ontario is thrilled to welcome the Ontario Men’s Amateur Championship to Otter Creek Golf Club from August 11th to 14th.

Designed by renowned Canadian Golf Course architect Dick Kirkpatrick, Otter Creek Golf Club opened its doors to the public on July 1, 2008. Measuring just over 7,100 yards and featuring six sets of tees, Otter Creek was designed to challenge players of all skill levels. Golf Manager, John Hall, said “they can expect a challenge that’s for sure! Players will need creativity around the greens, as they have a lot of angulation and slopes. The toughest hole here is typically the ninth, with a long par four straight up a hill and a big ravine right in front of the green. Another one to watch for that players always talk about after the round is the tough par three on number twelve”. Otter Creek has hosted quite a few qualifiers and tours, but with the bustling season they’ve been experiencing, they are very excited to welcome players, volunteers, and staff for the championship.

Due to a limitation to field sizes with Golf Ontario safety protocols, a maximum of 114 players will be battling for the title. The field is expected to be exceptionally strong with the likes of 2018/2020 Ontario Junior (U19) Boys’ Champion, Nolan Piazza (Cherry Hill Club), and 2019 Ontario Men’s Amateur runner-up Charles Fitzsimmons (Thornhill Club) battling for the title. Some other players to keep an eye on are Ontario Golf Hall of Famer Dave Bunker (Cherry Hill Club), Team Canada National Amateur Squad member Cougar Collins (Rocky Crest GC), and former National Hockey League player Michael Cammalleri (The National Club of Canada). Cammalleri played in the National Hockey League from 2002 to 2018, most recently playing for the Edmonton Oilers, and won the final Men’s Amateur qualifier at Grand Niagara Golf Club.

First tee off of the day for round one on August 11th is set for 7:30 a.m. To follow the leaderboard, click here.