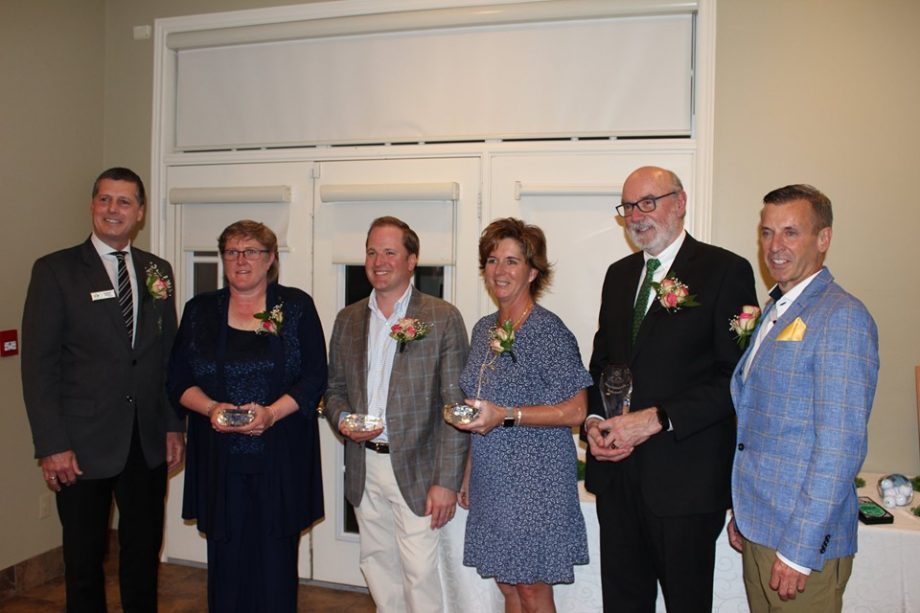 Presented by TSN reporter and golf analyst Bob Weeks, the recipients; Deborah Lee Eldridge, Judith Kyrinis, and Richard Scott, all became the newest members of the Hall at the official induction ceremony, and in addition, Scott Metcalfe received the Lorne Rubenstein Media Award. 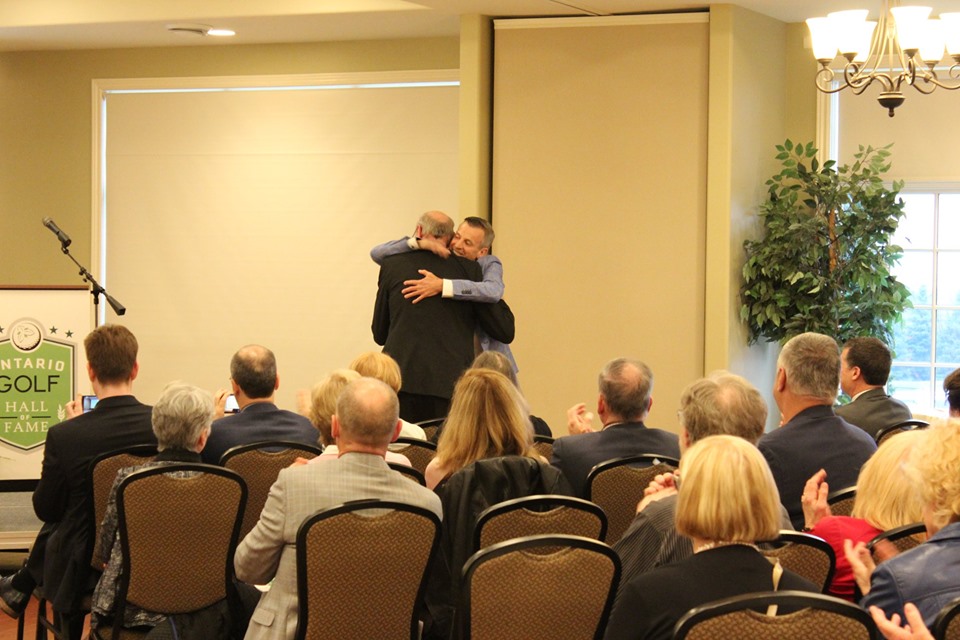 Eldridge was recognized for her grace and integrity while being a keen competitor and great ambassador for both Ontario and Canada during her golfing career. Only to name a few accomplishments, she has been a competitor since an early age, set course records in the Ontario Ladies’ Amateur Championship, and has represented Canada in four international events.

Kyrinis was recognized for her lifelong passion for the sport, and dedication to win. She has established a prominent record as an amateur golfer in Ontario, Canada and the United States, participating and winning in local, provincial, national and international amateur Championships. To name a few of her accomplishments, she was the 1998 Ontario Women’s Match Play Champion, the Ontario Senior Women’s Champion for 2016, 2017 and 2018, and an international champion on multiple occasions.

“My children and husband have all taken turns being my caddie over the years, and I think my husband actually thinks he should be inducted into the caddie hall of fame,” joked Kyrinis. “But I’ll let you be the judge of that.” Unfortunately, her husband left empty handed.

Scott was recognised for his drive to be a champion. He has won at every level – from junior to college and then provincial to national and finally professionally. Scott always represents himself with dignity and respect, and has proven to be a role model for aspiring golfers in the future. To name a few of his accomplishments, Scott was a member of the Canadian Junior Team at the 2001 World Golf Championship in Japan, he became the only Canadian ever to reach the finals at the USGA’s Junior Championship, and would go on in to win 2 events on the TarHeel Tour and play on the Canadian Tour.

Scott Metcalfe was awarded the Lorne Rubenstein Media Award for his dedication to the game. It will be Scott’s 20th year of overseeing and hosting the hour-long Toronto-based golf talk show (on Sportsnet 590 The Fan) which airs Saturday mornings at 7:00 AM and runs through to early October. Metcalfe and Bob Weeks were long time co-hosts before Weeks’ move to TSN, and Metcalfe was also awarded a Lifetime Achievement Award in 2017 by Canada’s Radio Television Digital News Association (RTDNA). A proud member of the Golf Journalists Association of Canada, Scott has covered Canadian Opens and other provincial and national golf events ever since coming to Toronto.

“I know how much it takes to set up this event, so it means a lot that I get to be honoured and celebrate alongside many other amazing golfers and people,” said Metcalfe. “Thank you for having me, winning this award is a tremendous honour.”

The day consisted of great food, inspirational speeches, and lots of laughs.

To read more about the award recipients and their achievements, click here.