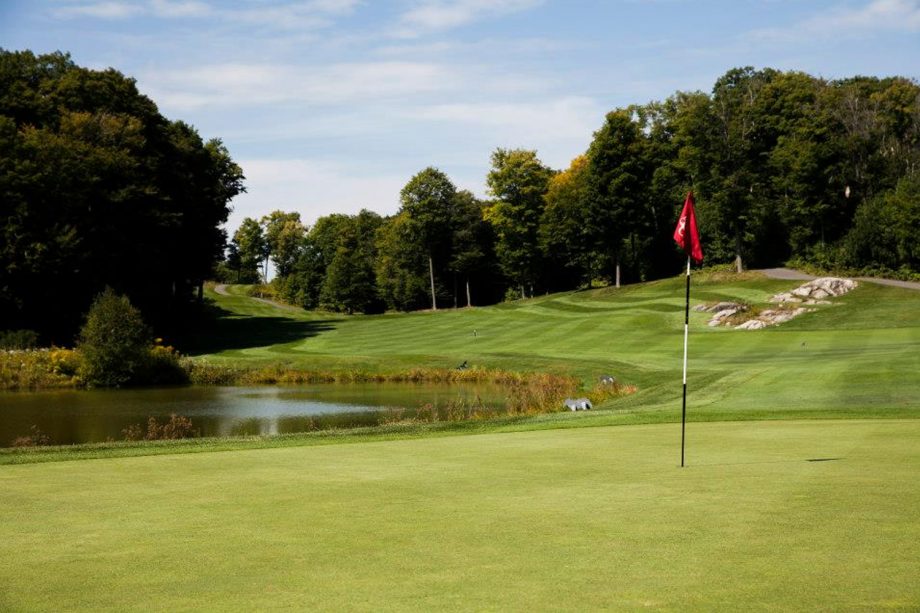 Port Carling, ON — On June 10th to 13th, The Lake Joseph Club will host the 33rd annual Men’s Match Play. The Championship is open to players with an up-to-date 2019 Golf Canada Handicap Factor of 8.4 or less, and who placed at the various sites throughout the province in May.

This will be the 14th time The Lake Joseph Club will be hosting the Men’s Match Play. Being only 22 years old, Lake Joseph is a jaw dropping course that has amazed and challenged many golfers in it’s short lifetime. With granite crags, towering trees, and heaving topography of the Muskoka region, the course was named the best new course in the country by Golf Digest.

“The terrain and elevation will definitely be a challenge to the players in the tounament,” said Lake Joseph’s Head Pro Doug Wilson. “Holes like the 8th hole have significant drops that require precision and knowledge of your clubs. It’ll sure be fun to watch the players compete and manoeuvre around the course.”

The course has proven to be difficult to players in years past, as many have struggled with it’s design.

Last year, it was Cameron Kellett from St. Thomas G & CC who outlasted the field of competitors at Lake Joseph to earn his first Ontario Men’s Match Play championship. Competing against Eric Shea from Brantford Golf and Country Club in the final round, the two went went the distance matching shot for shot through 12 holes. It wasn’t until 13 when Kellett was able to pull ahead and steal the lead. Finishing the day 5&4, Kellett was able to hold on to the lead the rest of the round, and in result, went home a champion.

With Kellett returning this year,one can guarentee he is looking to repeat. Nonetheless, Matthew Anderson from Credit Valley G&CC had the best qualifying score out of all the players, shooting 4-under at Wildfire Golf Club. One can imagine he want’s to continue his success going into the championship, and take that first place position from Kellett on the leaderboard.

The Golf Association of Ontario would like to thank The Lake Joseph Club and their staff for their continued support of the Ontario Men’s Match Play championship.