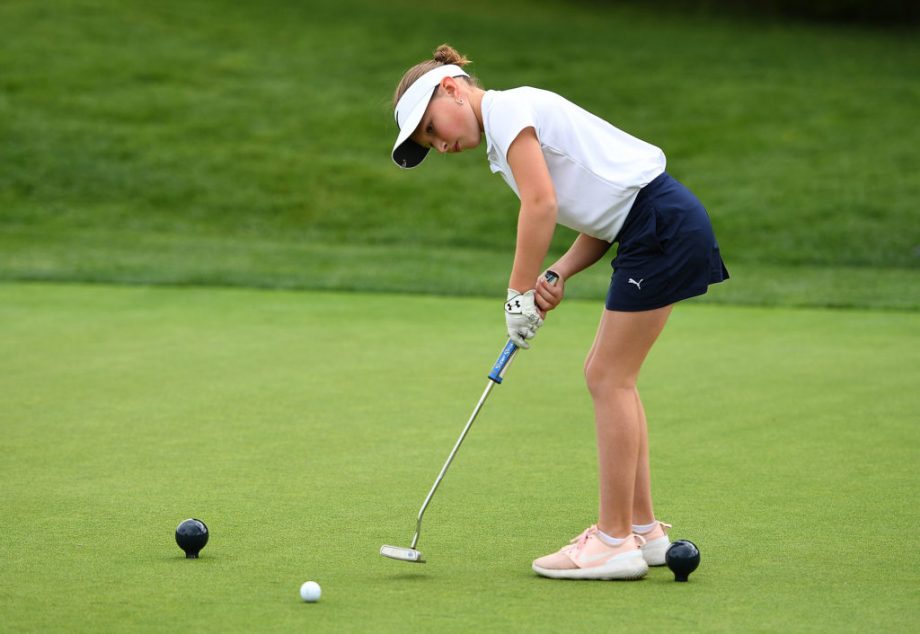 OAKMONT, PA - SEPTEMBER 07: Alexis Card participates in the girls 7-9 putting competition during the regional round of the Drive, Putt, and Chip competition at Oakmont Country Club on September 7, 2019 in Oakmont, Pennsylvania. (Photo by Joe Sargent/Getty Images for the DC&P Championship)
Peter MacKellar

Three Canadian juniors will be among the 80 competitors in the sixth annual Drive, Chip and Putt Championship at Augusta National on April 5, 2020.

In the Girls 7-9 division, Canada will be represented by the duo of Alexis Card (Cambridge, Ont.) and Anna Wu (Victoria, B.C.). Card punched her ticket to Augusta with a score of 107 at the Oakmont Country Club qualifier while Wu posted a total of 122 at Chambers Bay Golf Course.

The Canadians are rounded out by Cole Roberts of Oshawa, Ont., who qualified at TPC River Highlands with a score of 107.

Canada has seen three juniors take home titles at the Drive, Chip and Putt nationals in as many years. Savannah Grewal (Mississauga, Ont.) won in 2017, followed by Vanessa Borovilos (Toronto) in 2018 and Nicole Gal (Oakville, Ont.) in 2019.

Local qualifying for the seventh season began in May and was held at more than 300 sites throughout all 50 states this summer. The top-three scorers per venue, in each of the four age categories in separate boys’ and girls’ divisions, advanced to more than 60 sub-regional qualifiers in July and August.

The top two juniors in each age and gender division then competed at the regional level in September and October. Regional qualifying was held at 10 courses around the country, including several U.S. Open and PGA Championship venues.