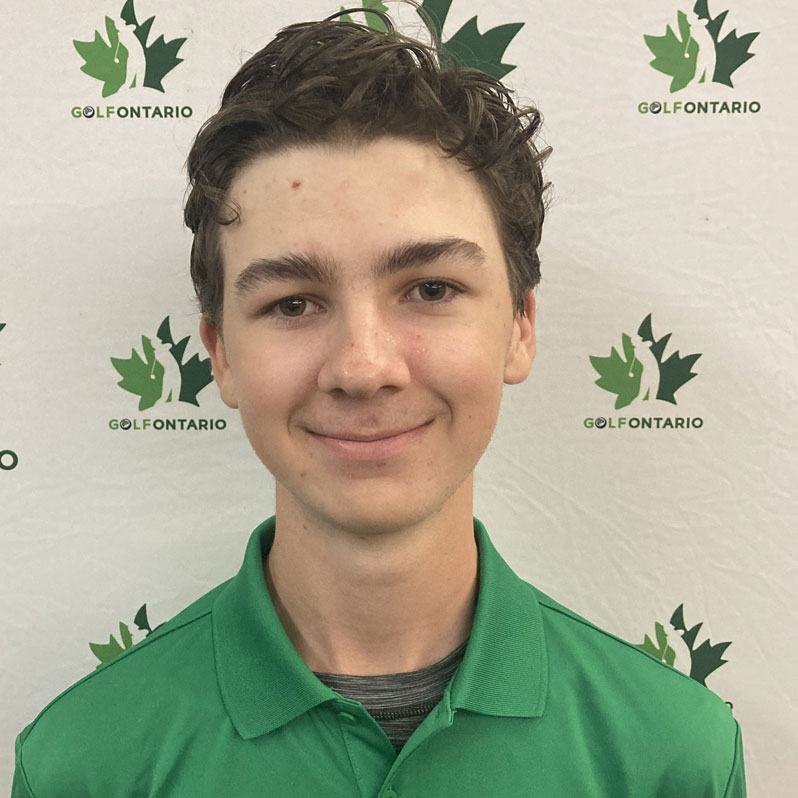 A 2022 graduate and Eastern Michigan University Commit, Ryan Somerville brings a veteran presence to Team Ontario. Ryan is a consistent player, earning his spot on Team Ontario for the second year in a row with outstanding results. Ryan was a name to watch each week as he started his season with a 2nd place finish at the Ontario Junior Boys Spring Classic Championship. From then on, Ryan finished 3rd at the Golf Canada NextGen Fall Series East Championship and top 5 at the Ontario Junior Boys Tour Championship, where he rolled in 6 birdies on the back 9 of his second round to shoot 63.