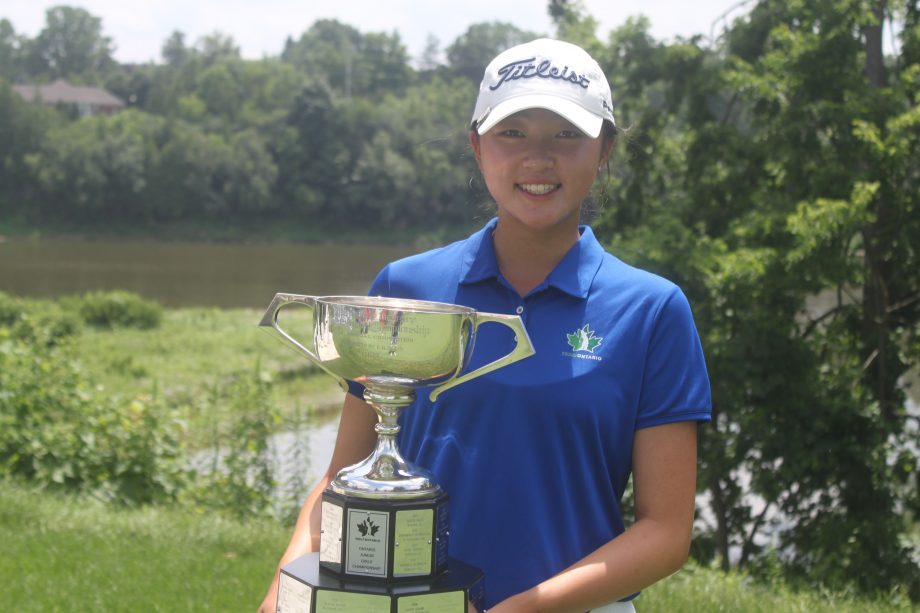 CAMBRIDGE, ON – An exciting final round of the 84th Ontario Junior Girls Championship wrapped up today at the immaculate Galt Country Club under humid conditions. Temperatures rose again and the girls elevated their play just as much. In fact it would come down to the very last hole to determine the 2019 champion.

Victoria Zheng (Granite GC) needed a birdie on the 18th to claim the title, and in front of a sizeable crowd she putted from just off the green to within a foot and a half of the hole for the tap in birdie, and the victory. The birdie and a round of -3 (69) was all Zheng needed to beat Taylor Kehoe (West Haven G&CC), who once again turned in a stellar round firing a -4 (68) to almost catch Zheng from behind. Kehoe shot an impressive 69, 68 over the final two days of competition. Tying for second place with Kehoe, also one stroke off the lead was third round leader Ashley Chow (The Lake Joseph Club), who turned in another strong round -1 (71).

A very happy Zheng spoke about of her win afterwards. “I think I stayed very consistent all week and that was the key to my success. I worked a lot this winter on my ball striking and am so happy to have it pay off”. I was quite nervous coming down the 18th because I knew I had to birdie to win.”

Zheng, a Team Ontario Member along with Chow, explained this win meant a lot to her. “Winning this tournament means so much to me, so many great players have won it in the past and I’m very happy to my name beside them.”

Golf Ontario would like to thank the competitors, their families, and everyone who attended and supported this championship.  We would also like to thank the Galt Country Club for their excellent course and hospitality in hosting this event.

For results and information on the tournament, visit the official tournament page CLICK HERE