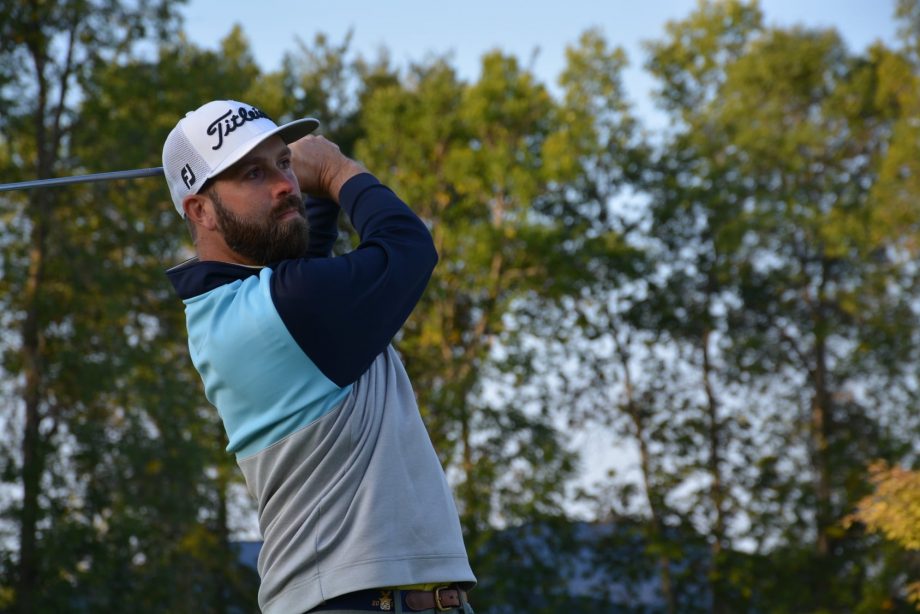 Bath, ON – Another beautiful day greeted the players at round two of the Ontario Men’s Mid-Amateur Championship, present by BioSteel, at the Loyalist Country Club. While the low scores continued, high winds picked up in the early afternoon, giving the later groups more of a challenge.

Maintaining his position atop the leaderboard, Ryan Tsang (Cedar Brae GC) now holds an extraordinary lead at eleven-under par (133) after shooting seven birdies, to put him a whopping six strokes ahead of second. Holding onto second with a three-way tie and two-under par for the day (139), Charles Fitzsimmons (Thornhill Club), David Lang (Donalda Club / pictured above), and Scott Rutgers (Roseland G&CC), will be battling for the silver and bronze titles.

Reflecting on the round, Tsang said he kept his strategy the same from round one, which is “to just go out there and have fun, and if I play how I normally do, I shouldn’t have any issues”. When asked if he relies more on his short or long game, Tsang commented my “my long game is usually better, but my putting was exceptionally better today”. Heading into the final round, his strategy is to “play like I usually do and hopefully cruise to the finish line”.

This evening, Golf Ontario will cut the field down to 42 plus ties. The final round of the Ontario Men’s Mid-Amateur Championship will begin at 8:00 a.m. tomorrow. For future results and information on the championship, click here.