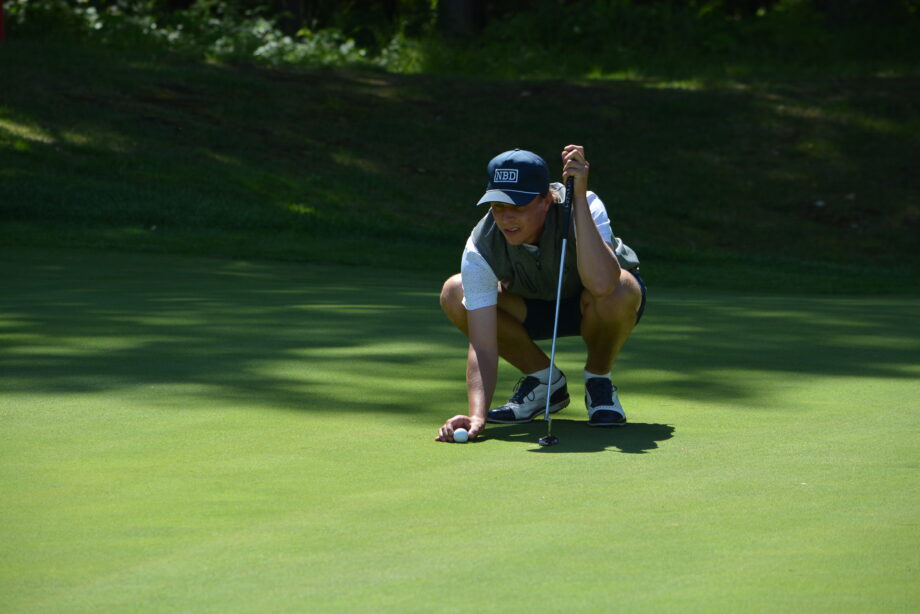 Gravenhurst, ON – With light rain coming down all morning, competitors were fortunate as the sun came out for the semi-finals later in the day to heat up the play and competition. Both the Men and Senior Men played out their quarter-finals and semi-finals as the numbers continued to be cut in half, setting up for Friday’s finals.

In the Men’s quarter-finals, Team Ontario golfer Cameron Pero (Picton Golf & Country Club) faced off against Jaret Chipman (Cherry Hill Club), resulting in the longest match of the week. After being all tied up at the 18th, they went on to play nine more playoff holes. However, Chipman took down his opponent on the 10th when Pero would concede.

Chipman went on to face-off against number one seed Charles Fitzsimmons (St. Thomas Golf & Country Club) in the semi-finals. Fitzsimmons was up one going onto the 18th hole and sunk a 10-foot par putt to secure his position in Friday’s final.

After his two outstanding performances in today’s quarter and semi-finals, Fitzsimmons will face off against Tyler Hull (Granite Golf Club), who played just as well through his matches on the day.

In the Senior Men’s division, Allen Chapman (Lindsay Golf & Country Club) took down his opponent, Nick Digiandomenico 6 & 5 in the first semi-final. Next, Chapman will face off against Dave Greenaway (Barrie Country Club), who knocked out his opponent Joe Miszkin (Cherry Hill Club), in a tight 2 & 1 victory.

Tomorrow morning the Men are set to tee off at 7:30 am, and the Senior Men will be teeing off right after at 7:38 am. For media coverage of the Ontario Men’s & Senior Men’s Match Play Championship, please visit the Golf Ontario Facebook page to view our photo albums. To follow along with the leaderboard, visit our Golf Genius page.

Established in 1986, The Ontario Men’s Match Play Championship is contested annually. It features 64 of Ontario’s best amateur golfers who have qualified earlier this season or have gained an exemption into the event. Former champions include Ontario Golf Hall of Fame members Ian Leggatt, David Hearn, David Byrne and Dave Bunker.