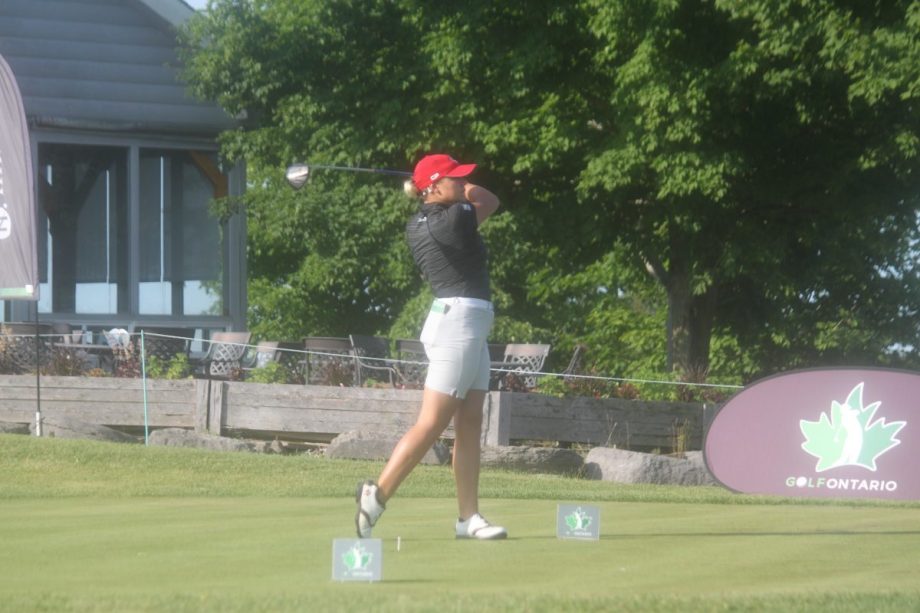 BELLEVILLE, ON – The second round of the 104th annual Ontario Women’s Amateur and Mid-Amateur Championships got underway on a clear beautiful morning at Black Bear Ridge Golf Course.

Things quickly warmed up under a scorching sun and cloudless skies for the women and scoring became slightly tougher on the beautiful and challenging host course. Brigitte Thibault, a member of Team Canada’s National Amateur Squad, caught fire under the scorching sun in round two shooting an excellent -5 (67) on the strength of 7 birdies and 2 bogeys to lead the Women’s Amateur Championship . Hailey McLaughlin (Granite GC), the leader after round one, shot another solid round of +1 (73) to now sit 2 strokes back.

Thibault felt her game was much better today. “I wanted to improve my ball striking from yesterday and I did” said Thibault after her round. “I had 4 approach shots stick within a foot of the hole.” She added “I’m going to practice some things this afternoon and analyze my shots from today and see where I can improve.”

Sitting tied in third place currently for the Women’s Amateur are Emily Zhu (National Pines Golf Club), who shot a +1 (73) and Mary Ann Hayward (St. Thomas Golf & Country) with a -2 (70).

Speaking of Hayward, she now leads the Mid-Amateur Championship. The Ontario and Quebec Golf Hall of Famer, shot a brilliant 2 under to take the lead. She leads by one stroke over Sarah Dunning (Westmount G&CC) who fired a solid +2 (74). Julia Hodgson (Donalda Club), the 2018 Mid-Amateur Champion sits in third after a second round +4 (76), 4 strokes back.

Hayward felt she was finally getting some breaks on the green. “I finally made some putts today, they just kept rolling in” mentioned Hayward while practicing afterwards. “I was much steadier today and hit more fairways which is important here.”

Day 3 gets underway again tomorrow morning at 7:30am, with the Mid-Amateur ending after three rounds and the Amateur finishing after round four on Thursday. Spectators are always welcome.