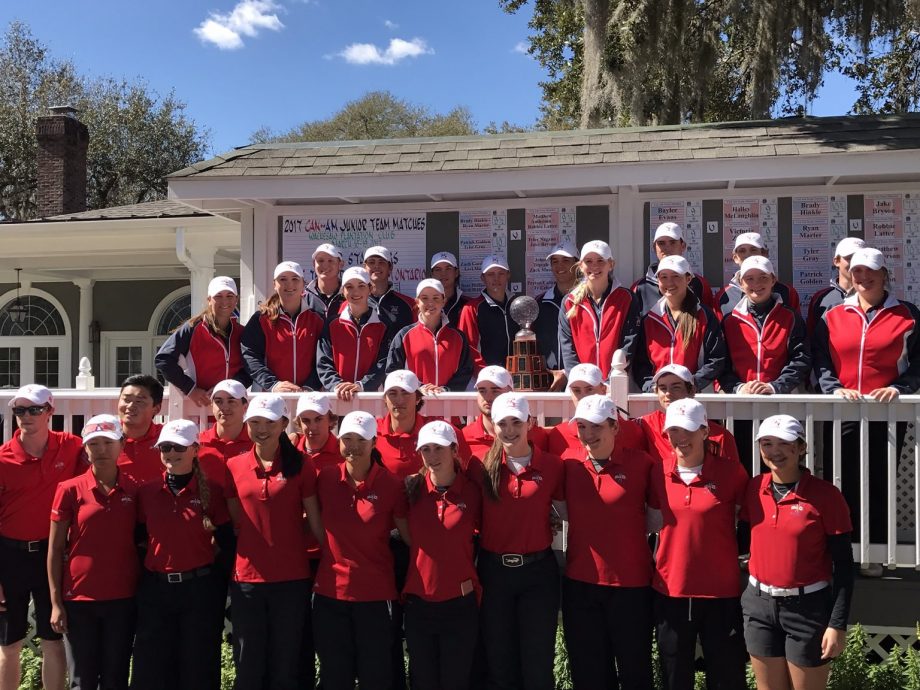 March Break is not just solely an exciting time for basketball.  It is equally as exciting for Golf Ontario’s Team Ontario athletes as they prepare for their annual tradition, the Can/Am Matches with the South Carolina Junior Golf Association (SCJGA) held this year March 17th and 18th in Myrtle Beach, SC.

With the matches, Team Ontario takes the opportunity to conduct their third training camp of the winter. The team will train throughout the week in preparation for the Matches, generously hosted by Pawley’s Plantation Golf & Country Club, True Blue Golf Club and the site of the matches Wachesaw Plantation Club Team Ontario will play, practice as well as work on their mental and physical skills with Head Coach and IST team.

The Wachesaw Plantation Club in Murrells Inlet, South Carolina will once again play host to the Matches, which have been running in their current form since 2010. Before that, the Matches were a junior boy’s competition. The team will travel south on March 12th to train for four days ahead of the competition.  The matches will begin with the Junior Am on Friday, where both teams will play with Wachesaw members who support the event annually. Competition day one will see the teams compete in four-ball, team matches. Day two will feature singles matches.  Ontario will look to defeat South Carolina for the first time since 2010.

Make sure to follow Golf Ontario (@TheGolfOntario) and Team Ontario (@teamontariogolf) for updates throughout the week.