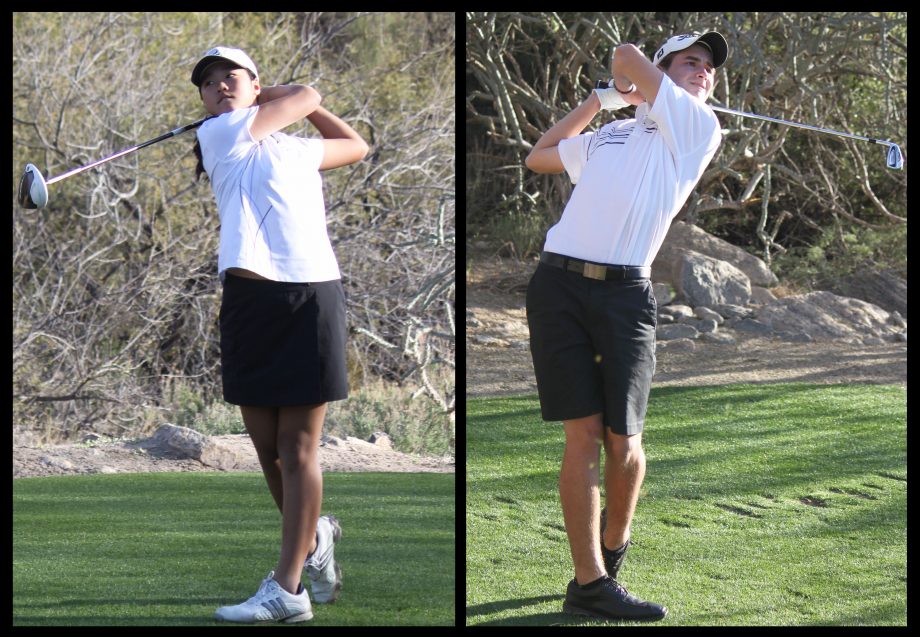 UXBRIDGE, ON— The Golf Association of Ontario’s (GAO) Team Ontario wrapped up their preseason exercises, April 25-27, with one final team camp at the Legends on the Niagara Battlefield golf course, site of the 2014 Canadian Junior Boys’ Championship. The camp was designed as a jumpstart for the athletes as they begin their competitive seasons. The camp featured a three-round tournament, the Team Ontario Cup, along with daily training sessions with strength and conditioning coach Andrew Hoermann.

“The big thing was really to jump start the team for the season,” said coach Reggie Millage. “The Team Ontario Cup was a great way to get them in that competitive mode, shake off the rust and fine tune technical issues, especially with the late start to the season this spring.”

This was the second time the GAO held a cup competition for the team that simulated an official tournament. On the boys’ side of the competition, it was a two-horse race with Max Sear and Sam McNulty putting distance between them and the rest of the team. Heading into the final round, Sear held a three shot lead, but McNulty shot an impressive 4-under par on the final round and with Sear 1-under for the day, a playoff was needed. Sear birdied the first playoff hole to take the boys side in a thriller. Both finished the tournament at 1-under par for the three rounds.

As for the girls, Monet Chun came up with a great final round finishing even for the day (14-over for the competition) and was able to hold off Annika Haynes to capture the title.

“Some of the players were very good throughout the three rounds,” added Millage. “Sam’s 68 on the final round really stood out as well as Max’s whole competition, which was very consistent. As for the girls, I think Monet’s game is really rounding into form. It is nice to see her put everything together. I felt Annika really hit and drove the ball well and pushed Monet in that final round.”

In addition to what was seen on the course, Millage reported that across the board, the teams’ strength and conditioning test results were up. “We really saw an increase in speed that translated to the course, even though they battled some tough weather conditions.”

With many players beginning their competitive schedule in the coming weeks, Millage said the camp was a great opportunity for the players to see what they needed to work on individually. “We used the launch monitor and ShotByShot to get feedback and statistics on what they need to work on.”

Heading into the first major event, the Spring Classic May 17-19, Millage says he just hopes all of the team members can play to their potential. “I think they all left with something to work on. We are now in the process of transferring to our in-season facility Granite Golf Club. I will still see them regularly whether they stop in or at tournaments, but I think that now they are truly better prepared for this season.”