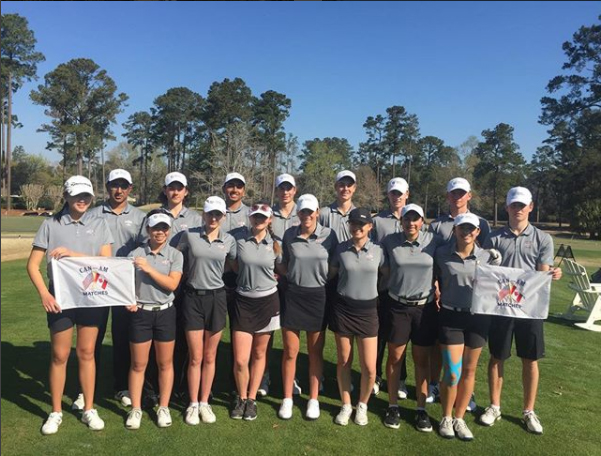 The 20th Can-Am Junior Team Matches took place on March 17-18, 2018 at the Wachesaw Plantation Club in Murrells Inlet, South Carolina. It was a great week of training for Team Ontario, they are looking forward to a successful 2018 season.

The first day of the matches included 8 team-paired matches, teeing off at 11 am through 12:10 pm, where the conditions were great, the course at Wachesaw Plantation Club proved to be a difficult one, but the beautiful weather boosted the moods of all golfers.

It was a great training opportunity for Team Ontario.  On Saturday, March 17, on the first day of the matches, they won three matches and tied one match. On Sunday, March 18, on the second day of matches, both Victora Zheng 7+ and Taylor Kenoe 5+ had stellar matches. Another outstanding match was had by Freddy D’Angelo 5+ on the final day of matches.

Golf Ontario would like to thank the Wachesaw warriors, Wachesaw plantation staff, as well as the SCJGF and SCJGA, Joe Quick from the SCJGA, all of the parents who made the trip down, as well as all of the golfers who participated in the 20th Can-Am Jr. Team Matches!