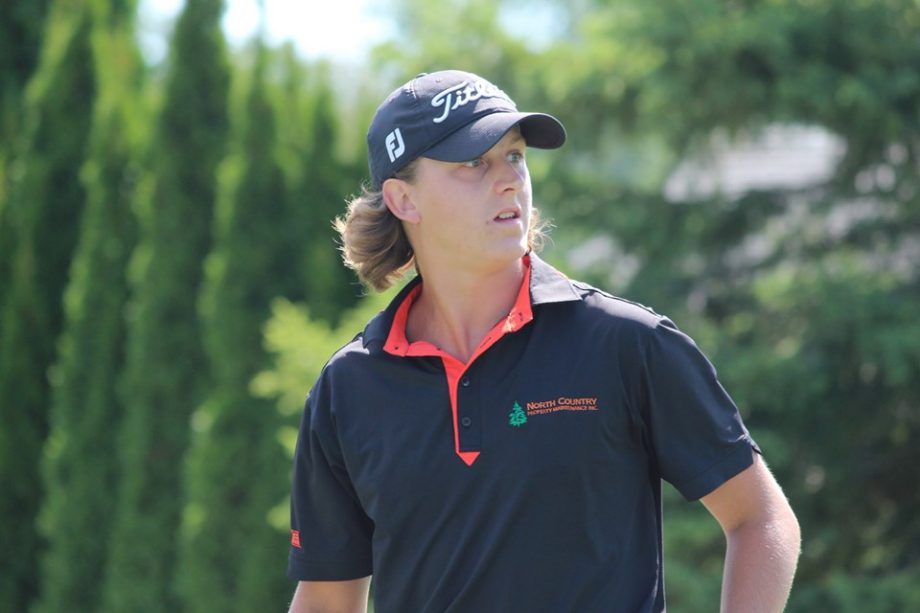 Gormley, ON — Cool and sunny skies hung over Meadowbrook GC for the second and final day of the 2019 Ontario Public Amateur Championship. The players arrived to the challenging yet fair course in hopes of a strong showing, and also a first place finish. The day proved to be competitive as they all conducted impressive play throughout.

But by the time it was all said and done, Jeremy Wilson (Barrie, ON), last years runner up, came out on top. With some hot play out the gate, Wilson played one of the best rounds of his career carding four birdies and only two bogeys through 18 for a total score of +1 for the tournamnt. The first half of the tournament was a battle between Peter Willis (Aurora, ON) and Mark Wiebe (St. Catharines, ON), but Wilson quickly stole the spotlight after going 3-under after 9. Showing maturity and the ability to be consistent, Wilson continued this success the rest of the way through, and despite some pressure from the players trailing, he maintained composure and finished the round with a tournament low -2 to secure the win.

It was just last year when Wilson was standing on the other end of victory. In the 2018 playing of the Public Amateur championship, the 24-year-old found himself thwarted by the talented Shyamal Nagindas (Aurora, ON) in the final round. To come so close to a championship and let it slip through his hands, it wasn’t surprising to see Wilson come out and take charge this time around.

“It’s an awesome feeling to be able to come back and win it,” said Wilson. “Second last year was still a success in my books but definitely the end goal was to win it all.” When asked about the pressures of being a finalist last year and to continue to have success, Wilson pointed out that there’s always pressure to perform.

“You always want to better yourself. I knew there would be talented competition out there again this year so there was definitely some added pressure there, but overall I’d say this wasn’t anything new to me.” Wilson finished the tournament with a total score of +1 (143).

Trailing closely behind was 2016 champion Peter Willis (Aurora, ON) with a total score of +3 (145). WIllis came out looking like he had something to prove in today’s round. Starting off -2 after 4, the champion put up a fight from the very start, and despite a few tough holes he made sure to persevere and play well the entire way through. He finished only two strokes behind Wilson.

Sitting in a tie for third were Jean-Henri Lavoie (Brampton, ON) and Daniel Racioppa (Mount Albert, ON). The duo displayed some impressive play over the course of the tournament, both finishing with total scores of +5 (147).